“With magnetic fields above 1,000 teslas, you open up some interesting possibilities,” lead researcher Takeyama explained. “You can observe the motion of electrons outside the material environments they are normally within. So we can study them in a whole new light and explore new kinds of electronic devices. This research could also be useful to those working on fusion power generation.”

The study, published in Review of Scientific Instruments, was released on September 17.

To achieve the record, the team used a technique known as electromagnetic flux-compression (EMFC). The instrument, which generates a low-strength magnetic field of 3.2 teslas, was attached to a row of capacitors that generate 3.2 megajoules, which is a huge amount of energy.

This compresses the magnetic field into a tiny area extremely quickly. But, as the team predicted, it can’t be compressed for long, eventually creating a shock wave that rips the instrument apart. They expected this to happen after about 700 teslas, as that’s what it was built to withstand. But incredibly, it reached 1,200 before exploding.

This image explains it a bit better, from the IEEE institute. “The University of Tokyo’s 1,200-Tesla magnetic field generator is powered by a bank of capacitors [on left, white] capable of storing 5 megajoules. The capacitors’ energy flows into the primary coil [bottom left, gray] and induces a counteracting current and magnetic field in the liner [orange]. This implodes the liner in 40 microseconds, compressing the magnetic field [bottom right].” 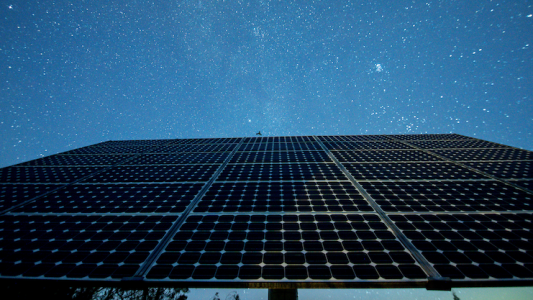 Engineers at Stanford University have created a solar cell that generates electricity at night by exploiting the process of radiative cooling.