Think (or “imagine,” if you’re not in a legalized state) about a group of your friends passing around a bowl. Someone takes a tiny hit and says that’s plenty for them. Someone seems to want to exhaust the bowl in one gigantic hit, and that’s still not enough. Another person just says no and says pot makes them feel “weird.”

How can we all have such different reactions? Is it accumulated tolerance, variations in strains of marijuana, or something else altogether? Scientists have isolated a “genetic switch” that could determine how you pass the bowl, and it could help them better tailor medical marijuana to patients.

Cannabis research is exploding, as researchers work to turn an unregulated plant on the black market into a predictable product they can sell to every different kind of person. Experienced breeders have been using old-fashioned crossbreeding and grafting for hundreds or even thousands of years, but cutting-edge science can study the plant itself and how different human bodies respond to it.

Enter Drs. Alasdair MacKenzie, Roger Pertwee, and Elizabeth Hay, who wanted to find out if genes could explain why one person feels paranoid and anxious while another feels mellow and satisfied.

In August, their team of seven scholars from the University of Aberdeen released a paper about the cannabinoid-1 receptor (CB1), which scientists have puzzled over: they know it’s influential, but haven’t yet figured out why its expression varies so much. The Aberdeen team found a “highly conserved regulatory sequence” — meaning a tiny segment of DNA that many different living things have — that regulates the expression of CB1, which they could switch on and off in test mice using the gene editor CRISPR.

Cannabis research is exploding, as researchers work to turn an unregulated plant on the black market into a predictable product they can sell to every different kind of person.

In their experiment, the mice could drink either plain water or water with 10% alcohol, and the mice with the regulator turned off drank less than half as much alcohol as the other mice, suggesting they felt less of a physiological response to the alcohol. The researchers also found that the switched-off mice’s hippocampus, the part of the brain in charge of emotions like stress and anxiety, had much less active cannabinoid receptors.

Late last year, the same team published a follow-up paper looking at humans through the same lens: not snipping their genes, but by using what they learned from studying mice to draw conclusions. About 80% of European and Asian groups have their switch “on,” and just 20% have the switch off. If switched-on mice have brains that respond more to alcohol, maybe switched-on people have a similar reaction to stress-reducing chemicals. In that case, it makes sense that we would show this trait more and more over time, leading to an 80% majority. People with less stress might have had an advantage in the prehistoric wilds.

This research is a building block, and the researchers say they hope it leads to a lot more study of how this genetic switch works in other parts of the body. The hippocampus is important, but muscle and nerve tissue don’t have emotions — all the body’s tissues have different ways that genes express. Closer study could mean finding out how to customize medicine made from cannabis so that everyone has relief and no one is paranoid. 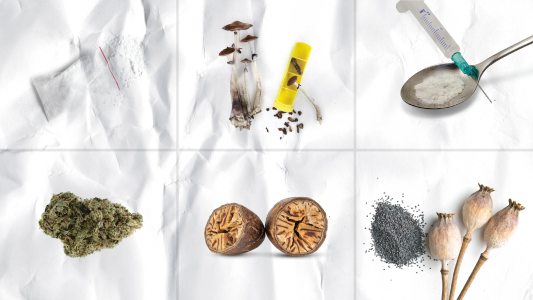 Over a 10 year period, Dominic Milton Trott self-administered 157 psychoactive drugs and documented his experiences on each one. He then created the book, The Drug Users Bible, to inform curious minds about safe drug use.

Series|Dope Science
The Drug Users Bible: A guide to safe drug use
5:06
Subscribe to Freethink for more great stories
Subscription Center
Sections
Video
Freethink
Subscribe
We focus on solutions: the smartest people, the biggest ideas, and the most ground breaking technology shaping our future.
Subscribe