33% of women experience sexual trauma in their lifetime. 100% of women at Thistle farms survived.

Up Next
Now Playing
Should extreme biohacking be a human right?
6:28 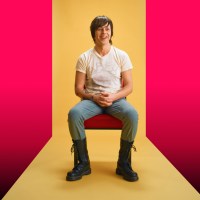 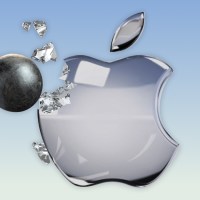 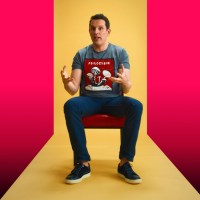 In the back of Thistle Farms, a bath and beauty shop in Nashville, women are busy at work, making and packing gifts for the upcoming Mother’s Day.

Many employees at Thistle Farms are graduates of their Residential Program, including those in their attached cafe, and are survivors of sex trafficking, prostitution, and addiction — “some of the oldest scars humanity’s ever dealt,” Becca Stevens, the founder and president of Thistle Farms, says. Where her employees would be without Thistle Farms, one doesn’t know — possibly dead.

But here they can heal and rebuild.

Stevens knows of scars herself. Her father died young, and Stevens suffered child abuse, experiences that instilled in her a deep desire to provide a safe, stable place for healing, where community and love could help people with overcoming trauma and addiction with ample time, and the ability to build their own financial freedom. From her initial shelter that dream has grown into Thistle Farms, which received financial and logistical support from Stand Together’s Catalysts program to help it grow.

“It doesn’t make sense to me to invite women who have been on the street since they were 15 years old into a three-month program and think everything is going to be fine by the end of it,” Stevens says.

The trauma survivors have accrued didn’t happen in just a day, or a week, or a year, Stevens says.

“It’s not going to be fixed in a one-to-three month program.”

For many people overcoming trauma, even a year may not be enough, as the majority relapse within 12 months of treatment.

When Stevens founded the first house in 1997, she did so with three principles in mind: that it be free, that it last long enough for people to heal, and that there would be no authority in the house — the women build accountability, trust, and community themselves, guided by shared principles.

But while the first survivors made important progress in overcoming trauma, they struggled with becoming truly independent. Barriers to employment prevented them from making money and building savings.

People liked their work, and the business expanded; in addition to candles, Thistle Farms sells apparel, jewelry, mugs, decor, and sundry other healing products, as well as dining in their cafe.

The social enterprises form a part of Thistle Farms’ two-year Nashville residential program. The program provides community, housing, healthcare, counseling, and employment for 24 survivors of sex trafficking and prostitution at a time, a holistic approach to healing that see survivors as people, rather than cautionary tales or the sums of their experiences.

“Many of the women don’t have anything on the resume except blank spaces and time served,” Stevens says. “Economic independence is a huge part of anyone’s recovery.”

Thistle Farms also offers $1 for $1 savings matching, to help build a foundation for when the women leave the program.

After their two years, the women can graduate, a celebration poetically held in spring. Many of the women take the skills they have learned and become full-time employees of Thistle Farms; others use their skills and savings to seek employment in other places.

Thistle Farms now hosts the largest network of housing-first models for survivors in America, offering over 500 beds, with more on the way. The programs retain their independence, but all are dedicated to overcoming trauma in their communities.

“Sometimes, people wonder how people make the choices that led them to where they are in life,” Stevens says. But it is better, Stevens believes, to instead ask what were their options? What trauma did they experience?

For Thistle Farms graduate Terrié Moore, that trauma came at a young age.

“I was molested as a child,” Moore says, “and that changed some things within me. I was damaged.”

Moore became addicted to drugs, and turned to prositition. Rock bottom, she says, was when she had to sign away the parental rights to her children. But it was also the moment that set her on the path to overcoming trauma.

Working full-time, building savings, and still having independence, Moore took to the Thistle Farms community. And now, seeing women who had been suffering like her overcoming trauma and finding their way to a new life continues to inspire her.

And she has gotten her kids back.

Note: Edited 7/26/22. A previous version of this article incorrectly referred to Thistle Farms volunteers, not employees.