Up Next
Now Playing
The Drug Users Bible: A guide to safe drug use
5:06 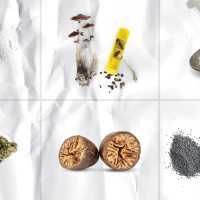 Now Playing
How to drive student engagement? Unleash a swarm.
11:57 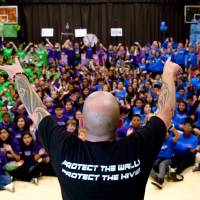 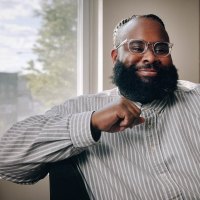 At just 16, the age when most kids are mustering the courage to ask a date to prom, Pica began his 20-year prison sentence for murder. But he didn’t let the experience negatively impact his future.

A Hudson Link graduate himself, Pica was released early after serving 16 years. He joined the organization’s board and today, he serves as its executive director. Pica’s education made all the difference in his transition to life after prison.

These rates vary based on the type of crime committed, age when released, and level of education, but the fact stands that recidivism rates in the U.S. are unacceptably high. Essentially, each instance of recidivism represents a failure of the justice system.

A U.S. Department of Justice study confirmed that prison education saves money, improves chances of employment after release, and significantly reduces recidivism. According to the study, inmates who receive education are 43% less likely to return to prison.

“I think a lot of our prisons in this country were built on an effort of punishment,” says Pica. “But when you punish somebody, there’s got to be something about rehabilitation and second chances, and that’s what we’re doing in these prisons.”

Research from Hudson Link speaks for itself. It costs $60,000 to incarcerate an individual in New York State for one year, but only $5,000 for prison education. New York’s recidivism rate is 43%, while the rate for Hudson Link graduates is only 2%.

So how many prisons have education programs? Surprisingly few. Hudson Link currently serves five facilities in New York State. Other nonprofit organizations and state-sponsored programs offer college in prison to inmates in Texas and California, but the justice system could do much better.

Hudson Link is a degree-granting program that provides education and reentry support to the incarcerated and formerly incarcerated. The organization offers a variety of prison education programs that cater to students at a variety of levels.

Hudson Link reports that 61% of incarcerated individuals have fewer than eight years of school. Education begins with college preparatory services for those who have not yet completed high school or earned their GED. In these classes, students prepare for the rigors of university-level courses.

When ready, inmates can enter college courses offered through partnerships with higher education institutions such as Columbia University, Mercy College, and Vassar College. If released before completing their degree, students can continue their studies through Hudson Link’s College Completion Program.

Once a student graduates from a Hudson Link program, they don’t receive a diploma from the Correctional Facility; they receive a degree issued from a university or college. Post-graduation and post-release, Hudson Link also provides alumni services, which aim to ease a former inmate’s reentry into society.

Growing Opportunities for Education in Prisons

Through its partnership with the Stand Together Foundation, Hudson Link has been able to double its impact. To date, they’ve awarded more than 700 degrees and have about 600 students currently enrolled across five New York prisons.

In addition to their services offered to inmates who are serving time, they’ve been able to expand their programs to also benefit alumni. Hudson Link helps ensure a successful return from an institutionalized life into the everyday world with help from community organizations.

“This is impacting communities, public safety, (and) families,” explains Pica. “It’s not just about one person, getting one degree; it’s so much bigger than that.” Part of a degree’s power is that it provides the incarcerated with a second chance. Pica says that Hudson Link graduates return to society with a positive ripple effect that extends beyond the individual.

“Having this college program in this facility is like a beacon of light,” says one graduate, Laron Rogers, who earned his Bachelor’s in Behavioral Science. “It’s real easy to lose hope in prison, and this restores hope.”

When released, Rogers plans to pursue child psychology because he wants to help young people who are facing the same unfortunate situations he had to face. He says he wants to let them know they have choices.

Many participants of the prison education programs are the first in their families to hold a college degree, and education has the power to disrupt generational patterns of incarceration. Hope, even within the walls of a prison, has the power to turn dreams into reality.

2019 class valedictorian, Michael Tineo states it best when he says, “We know that every victory in prison is hard-fought. If we can succeed at this level, inside of a maximum-security prison, then we can succeed anywhere, under any circumstances.”