8 complete strangers tell their life stories. What happens next is magic

One surprising way to boost empathy lies in telling other people’s stories from a first-person perspective.
In partnership with

Up Next
Now Playing
Sponge cities: a solarpunk future by 2030
Watch 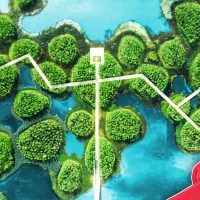 Now Playing
Inside the boxing gym that trains kids for life, not to fight
Watch 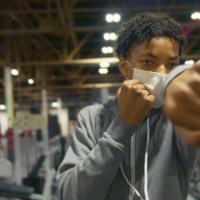 Now Playing
Mind-reading technology – Are we ready for it?
Watch 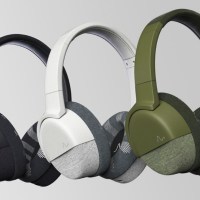 A group of eight New Yorkers recently met up for the first time to tell each other personal stories from their pasts.

“I was out on the street, selling drugs, at quite a young age,” said one young woman, fighting back tears. “In 2012, I got shot in a robbery and I was paralyzed.”

But the woman had not been paralyzed. The story she was telling actually belonged to a man who sat in a wheelchair listening among the rest of the group. Earlier, the two had exchanged personal stories. And later, in a larger group setting, they both recounted each other’s story from a first-person perspective, temporarily adopting the tale as if it had happened to them.

This is called a story exchange. It’s an evidence-based empathy intervention that serves as the core methodology of Narrative 4 — a global network of students, educators, and artists who are using empathic storytelling to equip individuals with the emotional and practical skills they need to improve their lives and communities.

Narrative 4 believes that empathy is the bedrock on which positive change happens in the real world, and that people from different socioeconomic, cultural, and political backgrounds don’t need to feel as disconnected from each other as many currently do. Building connection just takes some concentrated effort — or “fearless hope through radical empathy,” which is the network’s driving vision.

“If we are allowed to understand one another, not through facts and figures, but through personal stories, then we can begin to push change forward,” said Colum McCann, an Irish novelist who co-founded Narrative 4 in 2013.

Narrative 4 currently facilitates story exchanges and other community-improvement initiatives in 40 countries on six continents. Thanks to early successes and a bold vision, the project has received funding from Stand Together Foundation, a philanthropic community that also provided Narrative 4 a slot in the Stand Together Catalyst Program, which seeks to unlock the potential of America’s most promising nonprofits.

Narrative 4 sees storytelling as its main tool in alleviating social isolation and division.

By taking a bottom-up approach focused on individuals, Narrative 4 aims to instill greater empathy in our communities, enabling people to better navigate issues related to violence, identity, faith, and immigration.

Storytelling might seem like an abstract way to tackle such problems. But while storytelling is abstract, its surprising effects on the brain are rooted in concrete science.

Humans are natural storytellers. From creation myths to hero tales, stories are some of the oldest human artifacts, and they often serve as a framework that helps us make sense of a confusing world. In some sense, we are wired to absorb, transmit, and be changed by stories.

In the growing body of research on how stories affect the brain, one fundamental finding is that storytelling is a uniquely powerful way of communicating information. Sure, you can learn things by listening to a set of facts. However, consuming a compelling story has a wider effect on the brain, activating regions associated with not only learning, but also emotional processing, which helps us better remember the information.

As people tell or consume stories together, their brain activity begins to synchronize, potentially creating social conditions where people can better understand each other.

Stories can also cause the brain to release oxytocin. That’s an important finding when considering how groups of people can learn to better empathize with each other. After all, oxytocin is a neurotransmitter that’s associated with love, trust, and empathy, with studies showing that people tend to become more charitable as their oxytocin levels increase.

To harness the benefits of storytelling, psychologists often encourage people to participate in empathy-promoting interventions, such as role-playing exercises. For example, medical professionals sometimes undergo empathy exercises to help them see patients “as whole people, rather than just collections of symptoms,” while businesses and organizations use similar strategies to improve how their teams interact with clients and each other.

Narrative 4 takes empathy-boosting strategy a step further. In story exchanges, participants not only listen to others’ stories, but also do their best to remember and recount those stories as if they were their own.

The rules of a story exchange are simple. You pair off with a stranger and tell them a story that’s five to seven minutes long. The story can be anything — funny, sad, heroic, embarrassing — as long as it defines you in some way. Then your partner tells their story as you listen intently, as you’ll soon be recounting the tale in front of the group.

So, what are the benefits of telling another person’s story from a first-person perspective? Although all forms of storytelling have the potential to boost empathy, stories that promote a phenomenon called character identification — which occurs when you relate to a person in a story — seem particularly effective at doing so.

This finding was supported by a 2021 study that analyzed the efficacy of the story exchange process. The researchers surveyed 26 university students before and after they participated in story exchanges, finding that students were more empathetic and more likely to engage in prosocial actions after the process.

“There’s always that fear that you might mess up someone’s story, but it really makes you be like, wow, I never [thought] I could be in their shoes,” one story exchange participant told Free Think.

Everyone’s got a story

McCann said that people will sometimes enter the story exchange process claiming that they don’t have a story to tell. But he says that’s not true. No matter if it seems inconsequential or unworthy of sharing, everyone has a story that provides a window into who they are.

Of course, no two stories are the same. One man recounted witnessing violence as a young boy in Yemen, where the culture encouraged males not to share their feelings. In another meet-up, a woman spoke about the emotional difficulties of coming out as a lesbian to her mom. And in another exchange involving a mix of people who disagreed on gun laws, a woman recounted being shot three times by a mass shooter in a mall.

“They tell these stories to one another and they begin to realize, ‘Oh, we’re so much more alike than we actually are different,’” McCann told Freethink. “We make a sort of radical leap from understanding. From the basis of understanding, you can begin to do actionable things on the ground.”