Nuclear families are no longer the norm. This family business is helping homeownership adapt.
Up Next
Now Playing
The world’s first 100% accurate tornado detector
6:28 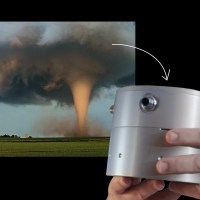 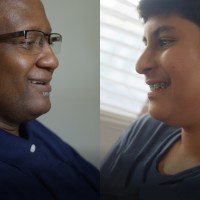 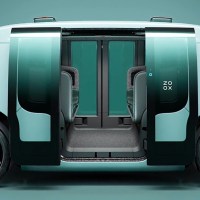 The real estate industry is built on an outdated status quo, one that thinks the only people who buy homes are the typical family with a wife, a husband, 2.5 kids and a white picket fence.

“Historically, when we look at everything to do with buying and owning a home, it’s predicated on a nuclear family headed by a married couple,” says Matt Homes, founder of Co-buy, a real estate platform for non-traditional homebuyers. “All of the systems and institutions and processes built around home ownership make this assumption.”

Problem is, this assumption doesn’t match the contemporary reality of homeownership.

There have been substantial shifts in the demographics of first-time home owners over the past 20 years. Millennials buy homes later in life, for instance, and many are aging into home ownership now for the first time. And instead of living in a typical two-spouse household, many of those millennial homeowners are opting to live with and split the mortgage cost and ownership with their friends.

But while this co-buying trend has completely shifted the nature of homeownership, the real estate industry has yet to adapt. Many co-buyers are finding that real estate agents are unfamiliar and unable to accommodate their non-traditional buying structure.

Which is why Homes — appropriately named, by the way — created Co-buy, a real estate platform designed to meet the needs of the modern home market. Rather than catering to single-family buyers, Co-buy allows multiple people to collectively purchase, or co-buy, the same property.

“Everything about the real estate industry is transactional,” Homes says. “But if you’re buying the home, it’s bigger than that. It’s not just a transaction.”

Homes was inspired to start the company by his own homebuying experience. He moved back to his hometown of Seattle after a stint in London. Homes wanted to co-buy a house with his mom, his stepdad and his girlfriend. But they found it was challenging, even despite the fact the group had backgrounds in real estate and finance. The industry just wasn’t structured to accommodate such non-traditional ownership arrangements.

Undeterred, Homes set out to create an ownership structure of his own. “We were looking at how, as a group of four, we were going to combine our resources, how we were going to make decisions on the type of home they wanted to buy, and what it was going to look like legally,” Homes says.

And in doing so, he found he could help other people manage the legal and financial hurdles of co-buying a home.

Co-buy, the app, is designed to navigate the unique challenges of a collectively owned home, such as how to account for people contributing different amounts toward the down payment, percentage ownership, decision making around repairs and potential disagreements, such what to do when one buyer wants to sell the home and the other co-owners don’t.

These arrangements are certainly complicated, but this Byzantine structure actually makes home ownership more accessible. When the cost of a home can be split among several parties, more people can afford homeownership. And with the real estate prices at astronomical highs in many major U.S. cities, and traditional home ownerships prohibitively expensive for many young adults, co-buying is an increasingly attractive option.

To help build Co-buy, Homes kept it close to… home. He enlisted the help of his mother, Pam, as his co-founder in the tech startup.

The mother and son team quickly realized some harsh realities about sexism in the tech industry. “Nobody looks at you funny if you start a company with your father,” Homes says. “I remember this one time in a meeting this investor said, ‘You should never call her mom.’ I think that’s ridiculous. Pam is my mom.”

Pam took the slights in stride, meanwhile. “As I’ve gotten old, I’ve become immune to people judging me for something that just is,” she says.

Working with family confers both benefits and drawbacks, she adds. Working with family is familiar and comfortable, but disagreements can be emotional, especially in a family like the Homeses, which is filled with big personalities.

Snide comments aside, the mother-son duo is doing well and the business is thriving. “If the worst they can say about us is we’re a mother and son team, then hell yes,” Dave says. “We’re doing something right.”

The popularity of home-buying also has the potential to change how homes themselves are designed.

The homes of the future will be architected with co-buying in mind, and feature several independent living areas connected by shared, communal spaces.

The idea is not dissimilar to a dorm. And just like dorms, the concept of co-buying isn’t entirely new. Many property owners in New York City live in cooperatives in which the individual residents collectively own the entire property.

For many aspiring homebuyers, though, the idea remains foreign, and the Homeses hope to spread its gospel.

Home says, “Now the goal is to bring this solution and opportunity to more people — nationwide, and eventually, internationally.”