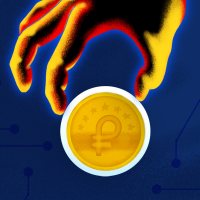 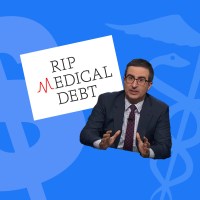 Early on, Brian Armstrong was catching it from both sides.

The Coinbase founder and CEO knew that if he was going to create a platform to make cryptocurrency truly accessible, he’d need to get regulators on board. So he put on a suit and tie and donned his most professional face for his business meetings.

“Early on in Coinbase’s history, I realized that we were gonna have to practically reach out to regulators and do this in a legitimate way,” Armstrong says. “I just knew it’s going to be harder to go get this thing to be licensed and regulated, but it’s the only path that’s actually going to work long-term.”

But when the sun went down, Armstrong would be with cryptocurrency’s ragtag group of proponents and early adherents in crypto meet-ups — including those that preferred to work in anonymity and felt that crypto called for a more anarchic approach.

Soon, Armstrong became a sartorial simile for the company — and the new economic system — he was trying to build.

“I think the true diehard crypto anarchists kinda looked at us and said ‘why do you look like a bank sometimes?’” Armstrong says.

“And the folks at the banks looked at us and were like, ‘why do you look like a crypto anarchist sometimes?’”

To bring about what he thought was crypto’s potential to create a “more fair, more free” financial system, Armstrong was becoming what he wanted Coinbase to be: the bridge connecting the somewhat arcane and wonky world of cryptocurrency to everyday people.

A cryptocurrency is a unique digital token created via computer processing power. Computers (called “miners”) around the world create and release new coins. In the physical world, miners excavate metals like silver or gold. Crypto miners, however, release new coins into circulation by using their computers to solve complicated mathematical equations.

Cryptocurrency is based on a blockchain system, where strings of unchangeable data ensure authenticity and uniqueness. For example, it’s blockchain that makes sure the NFT of a sweet three pointer you bought is one-of-a-kind.

But that’s the confusing stuff.

“Everybody in the world can add themselves into this network equally if they just have a smartphone and an internet connection,” Armstrong says. “And so it’s this great democratizing force.”

Crypto’s accessibility, however, was hampered by its environment. Cryptocurrency’s early days were filled with computer jargon, with lots of coins, noise, and numbers flying around. There were private keys you could never lose, crypto addresses to send money too that were long, illegible strings of characters.

“Frankly it was kind of an intimidating thing that people didn’t know how to get access to,” Armstrong says. He compares it to the early internet, with dial-up modems, IP addresses, all sorts of things that made it clunky for the layperson to use.

Coinbase was created to bridge that gap between the crypto-adherents and the everyday person.

“Coinbase is the simplest way to buy and sell and store digital currency so that you can participate in the crypto economy,” Armstrong says.

Think of Coinbase as something like the financial system writ small(er) for crypto.

The company allows users to buy or sell various cryptocurrencies, including Bitcoin, Etherium, and Tezos, like a brokerage. They can store their cryptocurrency with Coinbase, like a bank. And they decide which crypto assets to list, sort of like a stock market. CBInsights characterizes it as an “on-ramp” to cryptocurrency,  a centralized safe harbor from which to explore a decentralized economy.

The company is also expanding, recently announcing a marketplace for NFTs. NFTs, or non-fungible tokens, are a crypto asset that is tied to digital “objects” — like a piece of art. Since NFTs are connected to the blockchain, they can prove the authenticity of an object.

All of which has created an unusual space for Coinbase to occupy. The company has gone from a startup looking to disrupt institutions — and perhaps the mightiest institutions in the world, at that — to becoming an institution itself.

Which sometimes requires wearing a suit.

While cryptocurrency currently only makes up about 5% of the world’s money — and can prove volatile; who wants Elon Musk’s Twitter to impact their wallet? — Armstrong and other proponents see the chance to build new financial institutions that are more equitable and accessible, where people anywhere so long as they can get online, can get access to money.

A decentralized financial system could not be easily manipulated by a single country or company, and people around the world would be able to pay — and get paid — for things more easily.

Being able to enter the global economy with the internet and a smartphone could be a democratizing force.

“What we’re really seeing with crypto,” Armstrong says, “is the birth of this new economy.”