A startup described as the “IKEA of houses” is making beautifully designed, energy efficient homes that can be assembled in just two weeks.

Watch on YouTube
Up Next
Now Playing
Healthy fast food start up takes on the McDonald’s empire
6:27 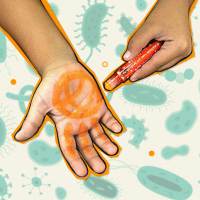 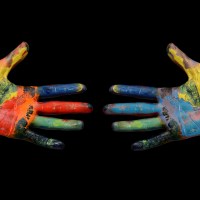 With both homelessness rates and the cost of housing continuing to climb in the U.S., one startup described as the “IKEA of houses” is determined to make beautifully-designed, energy efficient homes more affordable for everyone.

The founders of NODE believe that access to affordable housing should be a fundamental right. They’re working toward a sustainable solution to the current housing crisis, and it’s one that goes above and beyond the status quo.

What if you could build a carbon negative home for a fraction of the cost of a traditional home? What if you could do so in just two weeks? These ambitious objectives are exactly what NODE has set out to accomplish.

A Solution to the Housing Crisis

By 2016, the price of homes was rising twice as fast as the rate of inflation. In almost two-thirds of the U.S., housing costs exceeded wage growth that same year. Unsurprisingly, the age of the average homebuyer rose, too.

In 1981, the average age of a homebuyer was between 25-34, but by 2016 the average age rose to 44. Prospective buyers are being forced to wait until much later in life to become homeowners and they’re having to dedicate a greater percentage of their income to do so.

Why is housing so expensive? In the current state of affairs, demand for housing and the cost of materials continue to rise, while home construction companies are facing a steadily diminishing workforce.

Bec Chapin, the CEO of NODE, explains, “Less people are going into trade schools and trade positions. More people are going into computers and high tech jobs and service jobs. In the Great Recession we lost a huge chunk of construction labor… We haven’t seen the numbers yet but our new immigration policy in the U.S. is absolutely hurting housing.”

All of these factors led to higher construction costs and slower building processes. Recognizing these issues, NODE created a model that puts the power, and money, back into the hands of the consumer.

The startup’s CRO, Don Bunnell, adds, “Why do we still build homes the way we did 100 years ago? Why does it take a year to build a house? This is fundamentally an engineering and industrial-design problem.”

The Home Building Model of the Future

Building a brand new house can be an incredibly expensive and time-consuming process. But NODE’s model is a flatpack system that is shipped to a build site and designed to be constructed quickly. A bit like IKEA’s model, prefabricated materials for the home are packaged into compact boxes, making it much cheaper to ship.

NODE’s goal is to make it possible for their homes to be assembled by just four people in two weeks. If you can build a piece of IKEA furniture, you can essentially build your own home using NODE.

Bunnell describes, “One of the things we are doing is we’re trying to make good design accessible to folks. We figured out really early on that it’s not impactful if you can only make buildings for the 1%.”

Their compactly packaged building materials can be put into a container, loaded on a train, and shipped anywhere. Two people can easily unload the supplies. No specialty permits or licenses are required and the assembly is made easy.

What truly sets NODE’s affordable and easily assembled homes apart is that they’re designed to be carbon neutral, and some even carbon negative.

Currently, buildings account for nearly 40% of carbon emissions in the world. The toxic nature of the building supplies being used and the lack of accounting for energy efficiency create a large, but avoidable, carbon footprint.

NODE makes the supplies for their energy efficient homes out of non-toxic materials. For example, they use recycled denim instead of fiberglass for wall insulation. They also use sand and recycled glass for insulation in the ceiling. In doing so, they’re able to drastically decrease their homes’ carbon emissions.

Their flexible floor plans offer eco-friendly additions like solar panels, composting toilets, and water storage and collection. Bunnell says, “I think the assumption has always been that you can build really cheaply, or you can build really sustainably, but you can’t do both. Our argument is that you can actually have well-designed, beautiful, and sustainable homes that are affordable to everybody.”

NODE’s homes are not only unique in their affordability and sustainability, but also with their sleek and modern designs. They currently offer a number of design options that can be customized based on a homebuyer’s aesthetic taste and needs.