Homebuilding is broken. Can this startup build stunning, custom homes for everyone? 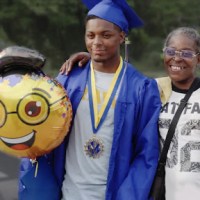 Now Playing
Can robots save our oceans from poachers?
8:43 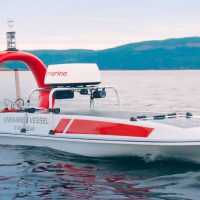 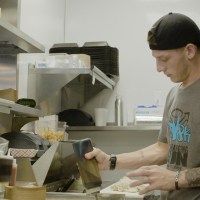 When you spend long enough in a room, building, or city, a curious thing happens. First, the unfamiliar walls or streets become less alien, less strange, and they become normalized. Then, over the days and years, the place that was once a foreign land starts to feel like home.

The tension you held in your shoulders, the anxiety of the lost or displaced, gives way to belonging. Over time, we invest more of ourselves in a place – we appreciate its unique eccentricities, the comforting familiarity, and the sense that this, here, is where you belong.

Spanish has a word for this phenomenon: querencia. Querencia is when you’re in that place where you feel at peace, and where you’re utterly safe and secure. But, more than simply “feeling at home,” the word refers to the place from which you draw your strength.

It’s that feeling you have when you slump on your sofa after a hard day, or when you luxuriate in your bed on a lazy Sunday morning. However gilded and opulent a hotel may be, it is not querencia. It does not renew and invigorate in quite the same way as your home.

The problem, though, is often in finding a house that matches you and your family — but without an astronomical price tag.

The answer might lie in “modular construction” and an exciting new company called Cover.

Modular construction is where standardized building blocks are made in a factory, taken to the building location, and put together to form a house. It’s really hard to describe it without thinking of LEGO. Imagine giants building toy houses for tiny humans to live in.

The problem, though, is that while standardized building blocks make for quicker construction, it also lends itself to bland and nondescript uniformity. Modular constructed houses tend to be as monotonous and uninteresting as Monopoly houses.

CEO of Cover, Alexis Revas, hopes to “redesign the entire home building process from the ground up.” Revas recognises all too well the problem of quick and serviceable houses – they are not easily called “home.”

Modular construction is efficient and practical, but if you build houses like a film set, you end up with the Truman Show – comfortable, perhaps, but not quite right.

The problem, Revas points out, is “how can you do customization on a scale?” Is it possible to mass produce cheap housing for people, which also gives you the feeling this is a place where you belong? Can you create that feeling of querencia when everyone has the same house?

Sometimes the greatest discoveries are not groundbreaking inventions, but something which just needed an extra nudge. For Gutenberg’s printing press, for instance, all of the component parts had existed for centuries before. It took Gutenberg’s insight to combine them and make something truly revolutionary.

The fresh insight with modular construction today, though, comes in software. Revas says that the technology for tailor-made modular homes wasn’t there ten or twenty years ago. So the degree of customization Cover provides simply wasn’t possible until recently.

Now, Cover has developed a method by which someone can say, “here’s what I want to design, [and] down to the bolt, we know how it’s going to be built.”

The problem with traditional construction is that it’s “expensive, it’s unpredictable, and it’s very time-consuming. Cover’s unique solutions offer a way out. “People think we’re crazy to do what we’re doing,” Revas says, because every home they’ve “built is designed specifically for this customer and this property.”

This has never been done before in quite this way. Custom built, comfortable houses have historically been the thing of millionaires. But it’s no longer so unbelievable. Cover can “take homes which are today $10 million and make that the norm for everyone.”

This is where I belong

Humans like to feel they belong. It’s a basic need to call somewhere a home, whatever and wherever that might be. We need the home to act as the base to which we return. It punctuates our working life, and it’s what recharges and restores.

A home is the place where we shed our public facing life and the stresses or tensions that come with that. It’s where we walk around in our pajamas and know exactly where the cereal bowls are kept.

What Cover offers is a way for houses to match that feel.

They offer a technology and software where you can “make a kitchen in a day and not a week”. But not any kitchen, they make your kitchen.

It’s a crucial difference. Personalization and uniqueness are important to a sense of belonging. We all have shared places, and these are important as well.

But nothing is so important to us as the bricks and mortar that we call home. With new technology and companies like Cover, these homes are no longer inaccessible luxuries. As Revas says, “We see a future where homes are stunning, high performing and affordable for everyone.”