Researchers are considering reflecting back the sun’s rays as a last-ditch effort to reduce global warming. Will it work?
Watch on YouTube
Up Next
Now Playing
NASA’s plan to stop an asteroid headed for Earth
8:02 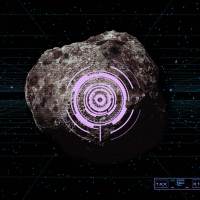 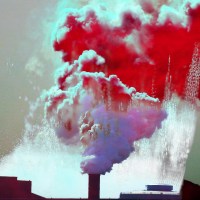 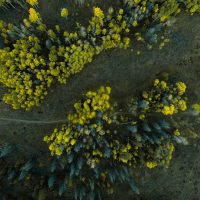 Geoengineering the planet to reduce temperatures isn’t a new idea, but with global warming reaching a critical point, public interest in this last-resort solution is increasing.

Working at the intersection of climate science and technology, a Harvard research team is trying to better understand the potential effects of such an operation. They’re researching tirelessly to answer questions from both politicians and the public, so that if the day ever comes when implementing solar radiation management becomes essential to our survival, we’ll be ready.

Today, the oceans are warmer, ice sheets are shrinking, and glaciers are retreating. The Earth’s average surface temperature has risen by about 0.9℃ (1.62℉) since the late 19th century, and most of the temperature increase occurred in the last 35 years.

Five of the planet’s warmest years were recorded in the last ten years. According to NASA research, the current warming trend is 95% likely to be caused by human activity.

These climate change statistics and others are what spurred the initiatives set forth in the Paris Agreement, in which nations around the world agreed to take active steps to limit the global temperature increase to no more than 1.5℃ above pre-industrial levels.

An Ounce of Prevention…

Just because global warming is already underway, doesn’t mean we should shift our focus from climate change solutions. Some of the most common preventative measures include the collective efforts of individuals who strive to reduce their carbon footprints by living in energy-efficient homes and reducing waste.

There are larger efforts too, such as focusing on sustainable agriculture and hybrid methods of transportation. Scientists are even researching cost-effective models for carbon capture, which aim to remove emissions from the atmosphere.

And initiatives to build more sustainable cities are spreading. These initiatives encourage communities to reward moves toward energy efficiency, such as updating outdated buildings.

Should temperatures continue to rise, there is fortunately a team of geoengineers working on an answer to the question of how to stop global warming if our preventative measures aren’t enough. Geoengineering is their proposed last-ditch effort for humanity to mitigate the effects of climate change.

Geoengineering is the controversial concept of altering some aspect of the Earth to reduce global temperatures, such as changing the clouds or the reflectivity of the ocean. Solar geoengineering, also referred to as solar radiation management (SRM), refers to the idea of fighting climate change by increasing the reflectivity of the upper atmosphere.

With a more reflective atmosphere, Earth would reflect a small amount of sunlight back into space to offset some of the impacts of climate change.

Backed by Bill Gates, numerous foundations, research grants, and private donors, SCoPEx plans to test the feasibility and effects of releasing small particles, such as calcium carbonate, into Earth’s upper atmosphere to reflect sunlight and cool the planet.

SCoPEx is currently testing the idea using a tube in their laboratory that contains a mix of gasses designed to mimic the stratosphere. The next step would be to test the release of aerosoles in the actual stratosphere, using a weather balloon.

During the experiment, the device would release less than two kilograms of aerosole once it reached the right altitude, creating a plume behind it. The balloon would then be directed to move back through the plume to collect data on how the aerosole disperses, reacts to, and behaves in the Earth’s actual stratosphere.

Based on examples that exist in nature, such as the global cooling effects of major volcanic eruptions, scientists already know that the principle of geoengineering is sound. Reducing the amount of sunlight that is actually allowed to penetrate Earth’s atmosphere would effectively cool the planet.

If put into practice on a global scale, millions of tons of reflective particles would be released into the stratosphere to reduce temperatures worldwide.

Why Geoengineering is Our Last Resort

We know that the concept of SCoPEx is sound, but there’s much we do not understand and cannot understand about the effects of SRM until it has actually been put into practice on a global scale.

Although SCoPEx’s goal is to better understand these effects, the geological system we call “home” is incredibly complex, meaning there’s no way scientists can accurately predict all the potential effects of such a massive project — no matter how many preliminary experiments take place.

Scientists currently don’t know how geoengineering would affect the atmosphere itself or other climate systems on Earth. For example, cooling the planet could potentially alter precipitation patterns, which could lead to catastrophic droughts across the globe. This would hinder food production, worsen wildfires, and cause significant death among plant, animal, and human life.

Andy Parker, an SRM governance and policy researcher, says one of the risks of geoengineering is termination shock. This would occur if humans started using SRM, did nothing to reduce carbon emissions, and then suddenly curtailed SRM. This would lead to a rapid increase of global temperatures to which ecosystems would not have time to adjust.

He says solar geoengineering would involve deliberately intervening in the entire planet’s climate system. Another major concern that needs to be addressed is determining who gets to make the decision and ensuring it’s one that’s based on evidence, rather than emotion.

Parker hopes that climate change will be curbed through other measures, like adaptation and cutting emissions. If it comes down to it, he acknowledges that SRM could be a useful tool, but its unknowable, untestable potential for catalyzing catastrophic changes is exactly why geoengineering should be viewed as a last-resort solution for fighting climate change.

A Continuous Search for Answers

Keutsch himself acknowledges the risks associated with giving the idea of SRM legitimacy because there are currently so many unknown factors. But rather than locking the technology away in a box for fear of the unknown, the goal of the research occurring today is to improve our understanding of all the effects of geoengineering.

As a result of their work, SCoPEx researchers hope that if the day arrives when Earth needs an SRM solution, we will have a better understanding of the actual benefits and risks of geoengineering in order to responsibly weigh the decision.

For more from our Guardians of the Apocalypse series, subscribe to Freethink.