Cannabis was an ancient building material. Now it’s legal again - and coming to a home near you.
Watch on YouTube
In partnership with

Up Next
Now Playing
This Gen-Z CEO is taking on the $20 billion tampon industry
6:49

Now Playing
How biomaterials could save the planet
5:21 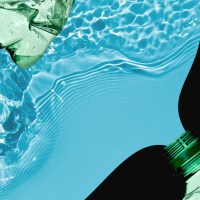 People have grown hemp for millennia to make products like clothes, rope, fuel, medicine, and paper. But since the 1930s, it’s been prohibitively expensive or illegal to produce hemp in the U.S. and many other nations, mainly because the plant is closely related to marijuana. Unlike marijuana, however, hemp doesn’t get you high because it contains very low levels of the psychoactive chemical THC.

“Industrial hemp is a member of the family Cannabis sativa,” Matthew Mead, founder and CEO of the natural building materials company Hempitecture, told Freethink. “It’s kind of like the sober cousin of THC-producing varieties of hemp. Today, the definition of industrial hemp is that it has 0.3% THC or less.”

Industrial hemp is an ancient crop that’s making its way into modern construction.

Hempitecture is one of a growing number of companies using hemp for its durability, versatility, and sustainability as a building material. The Idaho-based startup is focusing on insulation. Hemp-based insulation products are as effective at insulating buildings as common insulators like fiberglass, and they’re significantly better for the environment.

Hemp is a natural product that doesn’t contain toxic chemicals as some synthetic insulation does. What’s more, growing the crop removes carbon from the atmosphere. In fact, hemp is about twice as effective at sequestering carbon as trees.

Despite its sustainability and wide array of uses, the federal government had long chosen not to differentiate hemp from marijuana. The 2018 Farm Bill changed that by legalizing hemp production on the federal level. Although hemp remains illegal in many states, the industry has seen sudden and chaotic growth in recent years, and is projected to grow from roughly $5 billion in 2019 to $36 billion by 2026.

“I think we’re actually coming back full circle to our ancient roots of building with the Earth,” Mead told Freethink.

The ancient roots of hemp

Hemp was likely one of the first agricultural crops. Its history in human culture stretches back at least 10,000 years to modern-day China and Taiwan, where archaeologists discovered pottery that had cords made from hemp. Historical texts and other archaeological discoveries suggest the Chinese grew hemp for a wide variety of purposes, like making clothes, medicine, and paper. In fact, the world’s oldest known book — a Buddhist text called the Diamond Sūtra — was printed on hemp.

In India, legend holds that the Buddha ate a single hemp seed every day during his ascetic period. In Japan, brides used to wear hemp strands for symbolic purposes during weddings. And in Rome, engineers added hemp fibers to mortar to make stronger bridge abutments.

In 1606, hemp made its way to North America. The European colonists at Jamestown grew the crop for sails, clothes, and rope, while later settlers heading west used hempen canvas to cover their wagons. Hemp became such a valuable crop during the Colonial Era that the British government even mandated farmers to grow it. Founding Fathers like Thomas Jefferson and George Washington grew hemp on their estates; records indicate that Washington grew it on all five of his Mount Vernon farms. But despite hemp’s agricultural importance in early America, cotton eventually became the fiber crop of choice, mainly because it’s easier to harvest than hemp.

American hemp production slowed dramatically in the 20th century when the U.S. government passed the Marihuana Tax Act of 1937, which taxed the sale of any form of cannabis. Some have argued that powerful actors like William Randolph Hearst and the Du Pont family, both of whom had economic interests in alternative fibers, aimed to kill off the hemp industry by having the legislation passed, but there’s no hard evidence of a conspiracy.

During World War II, the U.S. government lifted the cannabis ban and encouraged farmers to grow the crop so the military could produce things like parachute webbing, rope, and thread for shoes. A 1942 government film called “Hemp for Victory” extolled the crop’s history and utility: “For the sailor, no less than the hangman, hemp was indispensable […] American hemp must meet the needs of our Army and Navy, as well as our industries.” Yet after the Allied Victory, the government reinstated the ban on hemp production.

The Marihuana Tax Act of 1937 was overturned by the Supreme Court in the 1969 case Timothy Leary v. United States — yes, that Timothy Leary — and repealed by Congress shortly afterward as part of the Comprehensive Drug Abuse Prevention and Control Act of 1970, which designated Hemp a Schedule I substance alongside its intoxicating relatives.

It was only with the 2018 Farm Bill that hemp was taken off the list of prohibited substances and legalized at the federal level, though several states had taken steps to make industrial hemp production viable in the years leading up to that.

As Freethink reported with marijuana, legalization has helped to renew interest in the use of hemp in a number of areas, including as a building material. Today, a number of industrial hemp companies, including  Hempitecture, are looking to the stuff as an alternative to currently used materials.

To that end, Hempitecture has created a new form of insulation, called hemp wool, made of processed industrial hemp, a binder, and a fire retardant.

It works just as well as synthetic insulation in terms of heat regulation, fire resistance, and preventing the growth of mold. Beyond that, it doesn’t require petrochemicals or other toxic substances to produce and instead works as a carbon sink.

“What we’ve found is that hemp wool is just better for everybody that comes in contact with it, whether it’s the general contractor who’s on site everyday, the laborers or the installation technicians that are installing it, to the homeowner,” Mead said. “Everybody is happier when they’re around hemp wool because they’re not itchy, they’re not worried about toxic off-gassing or abrasiveness on their skin.”

The insulation works and is currently being used in many building projects. The next challenge is getting it adopted by more people who are currently buying materials that require a great deal of carbon to produce. To do that, Hempitecture is going to have to scale up production.

Hemp in every home?

Though it’s ramping up, American hemp production is still limited. Because of the cost of importing it, hemp wool is still more expensive than other insulation materials in the U.S.

Mead hopes to begin domestic production of hemp wool by the middle of 2022, at which point the product may become cost competitive with its alternatives. The price may then continue to fall if industrial hemp production continues to increase.

Growing more hemp for use in building materials and manufacturing fewer petrochemical-derived synthetic insulators could go a long way toward cleaning up the environment. Perhaps one day, the widespread use of hemp-based building materials will make construction cheaper, safer, and more environmentally friendly.