Museums can be boring. One entrepreneur rewrote the script - and turned his free museum tours into millions.
Watch on YouTube
In partnership with

Up Next
Now Playing
DIY toothpaste maker’s journey to $12 million in sales
5:59 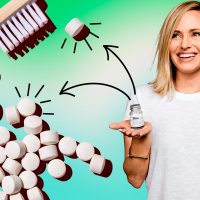 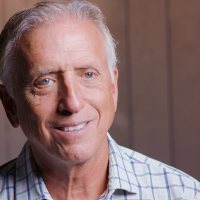 Now Playing
How to use conscious capitalism to fight for a cause
2:01 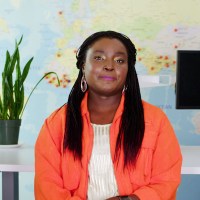 Museums provide an intimate look at different cultures, time periods throughout history, and the ideas that have shaped the world. From field trips to family vacations, many of us have childhood memories of walking through the hallowed, art-filled halls of museums.

Whether or not we enjoyed those trips is a different story. Visiting museums isn’t the first outing of choice for most millennials. In fact, there was a 17% decrease in museum attendance among young Americans between 1982 to 2012.

But with museums finding new ways to keep pace with the digital age and unconventional museum tours that help increase engagement, these trends may soon begin to shift.

Can Museums Be Fun Again?

Declining museum visitors might not seem like that big of a deal at first, but these age-old institutions serve an important purpose. Museums preserve our history in a tangible way and offer a fun way to learn about it.

Unfortunately, statues and paintings don’t come to life at night like in the popular film, Night At The Museum. Museum directors have to find creative ways to attract younger visitors and they’ve done so with offers such as free WiFi, exhibits that encourage social media engagement, and events like museum sleepovers or happy hours.

They also offer free admission days and museum tours, either with a tour guide or a device that facilitates self-guided tours. Tour guides are typically museum docents — unpaid volunteers that serve as educators for the institution.

While museum tours via audio recordings and apps can be helpful, most avid museum-goers would agree that there’s no replacement for a live tour led by someone who knows their way around and is familiar with the various exhibits. A museum tour guide helps visitors understand the meaning behind the works of art on display, and in doing so, they gain a deeper appreciation for the masterpieces.

To make this experience even more enticing for the millennial generation, one company is reimagining museum tours as we know them, by delivering storylines about art, culture, and history in a way that’s interactive — and highly entertaining.

Museum Hack is a company that leads renegade tours for small groups, especially for those who don’t consider themselves fans of museums. Rather than simply relaying bare facts, Museum Hack takes an immersive approach that includes sharing art gossip and using storytelling to make the standard tour more akin to an entertainment experience.

The company’s goal? To get more people to agree that museums are actually “the greatest f**king institutions on Earth.” It all started in 2009, when founder Nick Gray went on a date to the Metropolitan Museum of Art. His date took him on a tour through the museum, delivering interesting insights into the artworks and artists that unlocked a sense of curiosity about art history he’d never known he had.

The date didn’t lead to anything — romantically speaking. But Gray walked away from the experience with something far more valuable: a killer business idea with a culture-shifting purpose.

“I started to give tours of my own for my friends for fun, just for free,” Gray says. “My tours were basically three cool things I’d found and five things I wanted to steal. And I did that for about a year or two. I just became obsessed with bringing new people to this museum.”

Gray’s friends became equally obsessed with tagging along on his interactive museum tours. In those days, Gray had no interest in charging for his services. It was a passion project — a way for him to share his newfound love for museums. But it wasn’t long before his unique idea caught the attention of the masses.

“One day, a really popular blog wrote about us,” he recalls, “and literally overnight, over 1,300 people emailed me wanting to join one of my tours. It was absolutely crazy, but I also knew at that moment that this was bigger than me.”

By 2013, Gray began focusing on building Museum Hack full-time, though he wasn’t entirely comfortable with the idea. In fact, the first time he did a paid tour, he had so much fun leading it that he gave everyone their money back when it was over.

When he finally started charging customers, it took some time to find a sustainable business model. The boom-and-bust cycle of weekend museum visitation rates had the business operating hand-to-mouth on a weekly basis.

To help the business scale, Gray took the leap of faith to hire more guides and begin offering corporate museum tours on weekdays in addition to private tours. By 2018, Museum Hack’s revenue had grown to $2.8 million. But Gray is hardly inclined to take much of the credit — instead, thanking his team of tour guides which consists of stand-up comedians, Broadway performers, and science teachers.

Today, the business extends far beyond New York City, with tours now held in museums across the U.S. from Atlanta to Chicago to Los Angeles. Museum Hack is not only turning a new generation onto museums, but it’s changing the way we look at art.