Watch on YouTube
Up Next
Now Playing
Using virtual reality to help kids with autism
7:25 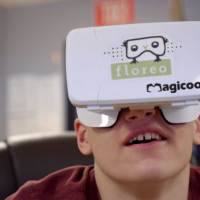 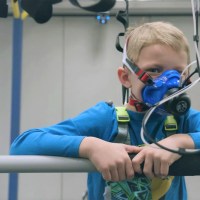 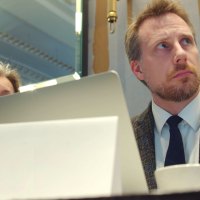 Josh Feldman was on his honeymoon when he felt a lump on his neck. Returning home after the best month of his life, his doctor gave him the news: non-Hodgkin’s lymphoma. There was no cure, and it was about to get much worse.

After multiple rounds of chemotherapy failed to stop his tumors from growing, Josh went to see Dr. John Timmerman, an oncologist at UCLA who is trying something different, known as immunotherapy. This kind of “living drug” is a way to harness the immune system to seek and destroy cancers using your own living cells.

Doctors extracted white blood cells (called T cells) from Josh’s blood and genetically re-engineered them to hunt down his specific cancer. They used a reprogrammed virus to infect the T cells with the code for his lymphoma, priming them to recognize the abnormal cancer cells and eradicate them. After growing billions of copies of his re-trained immune cells in the lab, they infused them back into Josh’s blood stream, and, within months, his tumors had been completely dissolved.

Two years later, Josh is still completely cancer-free, with no further drugs or chemo needed. But he’s been lucky: while 40% of the treated patients have gone into total and long-term remission, 60% have seen their cancers return. The next step for immunotherapies like this is to figure out how to make the remissions last longer and block the tumors from returning, so that the word “incurable” can be eradicated from the lymphoma textbooks, too.