The CEO of Axon on building safer weapons

After a tragic loss, Rick Smith wanted to find a way to help end gun violence, and in 1993 he brought the TASER device to the market. 30 years later, he believes they’re closer than ever to “making the bullet obsolete...”
Watch on YouTube
In partnership with Axon
Up Next
Now Playing
The missing data in criminal justice reform
4:45 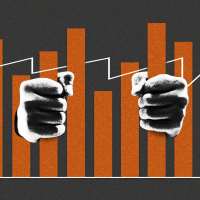 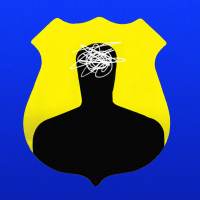 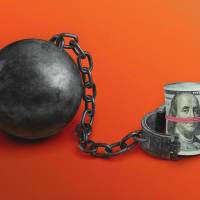 As society continues to grapple with the challenges of gun violence and responsible policing, public conversation around the use of less-lethal weapons is more prevalent than ever before. In the past year, just under 1,000 people have been shot and killed by police officers, with Black and Hispanic Americans affected at disproportionate rates.

The normalization of gun usage in the name of public safety has added fuel to the fire. In 2020, more than 43,000 people died due to gun violence. It was a record-breaking year for gun-related deaths in the U.S. But what if technology could lead to a safer, yet equally effective alternative to firearms?

When someone is in a dangerous situation, it’s obvious why a gun would be their weapon of choice — guns are reliable and easy to deploy. Because of these advantages, guns have all too often become a first resort for people defending themselves. To mitigate gun violence, we then run into the following predicament: we need an alternative to firearms that’s just as reliable, but less lethal.

The three primary less-lethal weapons employed by law enforcement are batons, pepper spray, and the TASER energy weapon. Police officers deploy these tools as a means of restraining individuals, gaining their compliance, and sometimes, immobilizing them. They’re often used to de-escalate riots and end foot pursuits.

It’s important to understand that in the field, officers utilize a use-of-force continuum which helps guide their actions. The continuum outlines strategies to gain control in dangerous situations and, most importantly, when lethal force is appropriate.

The use-of-force continuum starts with low-injury tools that are also sometimes less effective, such as verbalization. As the use of force increases, so does the risk of injury and death. New innovations to the TASER weapon could change that, by presenting an option that is just effective without causing more injuries.

A Closer Look at the TASER Weapon

Less-lethal weapons are typically organized into three categories: blunt-force weapons designed to cause physical trauma, chemical agents that physiologically irritate victims, and specialized technologies — such as an electroshock weapon — that work to temporarily disable a person’s faculties.

The TASER device is one of the most commonly used technologies to achieve subdued behavior. More than 70% of police officers in the U.S. carry a TASER gun with them while on duty. When a target is struck and temporarily incapacitated by a TASER energy weapon, police officers are able to approach the suspect safely to get control of the situation.

How does the TASER energy weapon work? The weapon delivers an electric shock that aims to temporarily disrupt muscle functions and motor skills, without inflicting any significant injuries. This is achieved by firing two small, barbed darts at approximately 180 feet-per-second that puncture the skin and remain attached.

The darts are connected to the main unit by a thin, insulated copper wire that is propelled by compressed nitrogen charges to deliver a modulated electric current. The range of these conducted energy weapons extends from 15 to 35 feet.

While this weapon isn’t intended to be lethal, in rare instances it can lead to death if, for example, the use of a TASER weapon results in a fall that causes fatal injuries. Additionally, if the electrical energy from the TASER reaches the heart, it can cause an immediate and fatal cardiac event. However, the chances of this happening are extremely rare.

How Axon is Out-Inventing the Firearm

“I want to get to a world where the tool of first resort is not a gun. We’re about halfway there, but we still have work to do,” says Rick Smith, the founder of Axon in Scottsdale, Arizona.

Smith started Axon in the early 1990s after two of his high school classmates were lost to a tragic episode of gun violence. The victims, Smith’s football teammates, were shot and killed in a road rage incident.

By 1993, Axon began selling the TASER weapon as a means of addressing the complex public safety challenges faced by police officers and civilians alike. Smith and his team have continued to innovate the product over the last two decades, making the device as effective as possible.

One of the major issues with electroshock weapons is that thick clothing and poorly spaced electrical probes can make them less effective in subduing a target. To address this problem, Axon has developed new solutions such as “rapid arc technology,” which allows spiral darts to fly straighter and faster with nearly double the kinetic energy.

Additionally, to allow for greater accuracy at tough angles, the body of the dart breaks away — intentionally driving electricity between all contacts. This makes the weapon safer for the target and more effective for the user. But Axon isn’t done innovating and experimenting to make a more reliable TASER device.

This relationship between injuries and effectiveness — it’s not some law of nature…we are changing it.

“If we understand (public) concerns, we can build in safeguards. We can address it through training and we can even change product features to make our devices harder to abuse or use in the wrong way,” Smith said.

The company aims to make the world a safer place for both civilians and police officers. Axon has an AI ethics board as well as a community advisory board with representatives from communities of color who are welcomed to share concerns they have about new police technology. Smith’s goal is that the TASER device will one day make bullets obsolete.

“I believe we’re approaching the end of war, and the end of killing as an acceptable aspect of human society,” Smith has said. “This relationship between injuries and effectiveness — it’s not some law of nature. It’s not immutable. We are changing it.”