For every police officer in the U.S., there’s a trail of paperwork detailing every arrest they’ve made and every citation they’ve issued.

Collectively, these public police records can reveal trends that span departments, states, or even the country, which makes them a valuable resource for criminal justice reform in the U.S.

The only problem? Accessing and analyzing the records can be a logistical nightmare. There are over 18,000 police departments in the United States, and many lack computerized records — let alone compatible or networked systems.

Now, a DIY project has emerged to end that nightmare through the creation of a nationwide database of police records — something that doesn’t currently exist in the U.S.

The Power of Police Records

While police records are public data, they’re not always easy to access — records must often be downloaded individually, and some states require the filing of formal Freedom of Information Act (FOIA) requests for access, which can lead to months-long wait times.

U.S. police departments don’t have a uniform system for record-keeping, either, which can make it hard to compare data between multiple departments without first standardizing it.

What are local police forces publishing? We want all of that public data.

In an effort to address these problems, Florida-based content marketer Kristin Tynski launched the Police Data Accessibility Project (PDAP) in May.

The first thing Tynski and her partners did was build a data-scraping tool that could pull every court record accessible through Palm Beach County’s public website. In an article published on Lawsuit.org, she then detailed some of the insights her team was able to glean from this data.

For example, the group found that approximately 86% of people cited for driver’s permit violations and 70% of those cited for window tint violations were minorities — figures the researchers felt were “suspiciously high.”

“The Palm Beach County police force should be held accountable for explaining such inequities,” Tynski wrote. “It’s possible that there are good explanations, but these ratios might also represent police profiling or even racism.”

Data Scraping It All

The scraping of Palm Beach County’s data was just a proof of concept for PDAP — the ultimate goal is a nationwide police records database.

“The parameters are, what are local police forces publishing?” PDAP’s COO Eddie Brown told Wired. “We want all of that public data.”

Since the project’s launch, more than 2,000 people have joined its Slack group, which is PDAP’s main communication platform (it also has a dedicated subreddit and GitHub page). Those volunteers are now using data scraping tools on other government sites and filing formal requests for police records when necessary.

One thing they aren’t doing: analyzing the data they collect. Instead, they plan to focus strictly on collecting and compiling the records, leaving the tricky task of interpreting it up to others.

“Our target user demographic is the data analytics and justice sector so they may examine law enforcement trends,” the group wrote on Reddit.

“The product will also benefit broader swathes of the population,” they added, “such as academics studies, press coverage, government oversight, elected officials, and the law enforcement agencies themselves.” 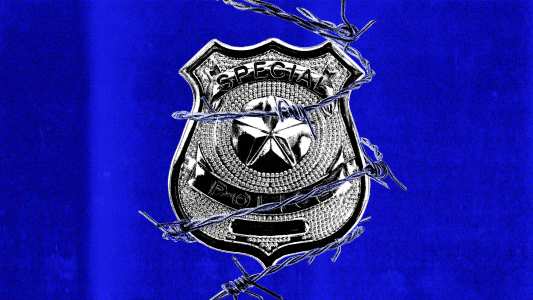 The U.S. government is considering changes to qualified immunity, a doctrine that protects police from civil lawsuits.

Fixing Justice
Qualified immunity might not protect police for much longer
Subscribe to Freethink for more great stories
Subscription Center
Challenges
Video
Freethink
Subscribe
We focus on solutions: the smartest people, the biggest ideas, and the most ground breaking technology shaping our future.
Subscribe