Under this new bill, Colorado police officers can be held personally liable for up to $25,000 in damages if a state court finds they violated a person’s civil rights.

Prior to this change, officers could only be held liable for actions that violated “clearly established” law — meaning they had to have done the exact same thing that a court has previously ruled to be illegal, down to the last detail.

“This legislation specifically contains landmark evidence-based reforms that not only protect civil rights, but will help restore trust between law enforcement and the communities they serve,” Polis said during the signing ceremony.

Under federal civil rights laws, passed in the aftermath of the Civil War, government officials who violate your rights “under the color of law” can be sued for damages — period, end of story.

But in 1967, the Supreme Court introduced the idea of qualified immunity, arguing that it was necessary to protect government officials from frivolous lawsuits.

Sometimes police have to make split second decisions that place them in legally gray areas. As long as they’re acting in good faith — not doing something they know is illegal — they shouldn’t be worried in those moments that someone might sue them into bankruptcy, the reasoning went.

“Being in the policing business is not your normal business,” Senator Lindsey Graham told The Hill. “There needs to be a filter when it comes to lawsuits.”

But critics of qualified immunity say this argument is simply wrong: when officers make reasonable, split-second decisions, that doesn’t violate anyone’s rights, even if they turn out to be mistakes.

“The touchstone of most Fourth Amendment questions is reasonableness, and ‘good faith’ policing decisions, basically by definition, are inherently reasonable,” Jay Schweikert, a policy analyst at the Cato Institute, argues in a blog post. “‘(G)ood faith actions’ generally do not violate people’s rights in the first place.”

Police brutality protests have shone a spotlight on qualified immunity.

This means that qualified immunity only offers extra protection to police officers who really did violate someone’s rights, in a way that wasn’t reasonable or good faith.

For instance, an officer who mistakenly confiscates a bag of baking soda can’t be held liable for an “unreasonable search or seizure,” if they reasonably thought it was illegal drugs.

But under qualified immunity, police can do things that are “outlandishly illegal” (in Schweikert’s words) without being sued, simply because no officer had ever been successfully sued for doing them in the same way before.

In a 2019 case, cited by Schweikart, several Fresno police officers were accused of personally pocketing over $225,000 in cash that they found while serving a search warrant.

But the court dismissed the lawsuit against them because, “although the City Officers ought to have recognized that the alleged theft was morally wrong,” there was no clearly established precedent telling them that “officers violate the Fourth or Fourteenth Amendment when they steal property seized pursuant to a warrant.”

Police get a get-out-of-jail-free card for violating your rights in a slightly different way.

In another example, a man who tried to sue the police for siccing a dog on him while he was sitting on the ground with his hands up had his case dismissed.

Why? Because the only legal precedent was a case involving an officer siccing a dog on a man who was lying on the ground — not sitting. Siccing a dog on a man sitting with his hands up had not been “clearly established” as illegal in prior court cases, so the officer’s actions were protected.

“(Police) get a get-out-of-jail-free card simply because they violated your rights in a way that is slightly different,” Robert McNamara, a senior attorney at the Institute for Justice, a nonprofit law firm, told MarketWatch.

The nature of qualified immunity also makes establishing a new precedent nearly impossible. Under the qualified immunity doctrine, judges don’t even have to say whether what the police did was actually illegal — they can just say that no court has previously said that it is illegal.

So if a police officer in the future sics a dog on a man sitting on the ground with his hands up, that case will also be dismissed for lack of a “clearly established” precedent — and there still won’t be a precedent on whether a person can be mauled by a dog when their butt is on the ground.

However, two justices from opposite ends of the ideological spectrum — conservative Justice Clarence Thomas and liberal Justice Sonia Sotomayor — have written opinions criticizing the doctrine.

It’s this simple: make sure that there is accountability in these egregious instances.

It’s too soon to say how the current political climate might affect qualified immunity, but Braun argues that his approach — reforming not repealing the doctrine — will protect both police and citizens.

“When I talk about reforming it, it’s this simple: make sure that in these egregious instances, that there is accountability, and you’re not protected, just like you aren’t in other elements of society,” he told The Hill. “And make sure that you’re not hampering already the toughest job that’s out there with frivolous lawsuits. And I think that can be done.”

Meanwhile, states don’t have to wait for Congress or the Supreme Court to get involved. As Colorado’s example shows, states can pass their own laws protecting their residents’ civil rights from police abuses.

Daniel Bier contributed to this piece. 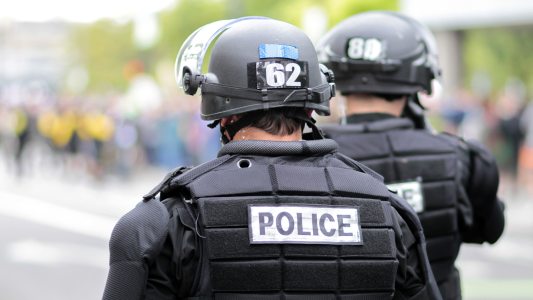 The New York Times looks at how police spend their time at work, providing insights that could be useful for “unbundling the police” efforts.

Fixing Justice
How police spend their time
Subscribe to Freethink for more great stories
Subscription Center
Challenges
Video
Freethink
Subscribe
We focus on solutions: the smartest people, the biggest ideas, and the most ground breaking technology shaping our future.
Subscribe