Is police reform even possible?

Here are four things we can change to reduce police violence and increase accountability.
Watch on YouTube
Up Next
Now Playing
Hope after prison
12:36 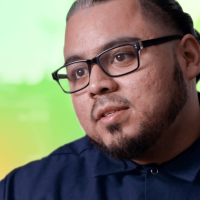 Now Playing
F*ck a false arrest: How to get out of jail free in NYC
3:17 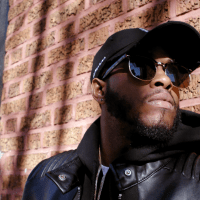 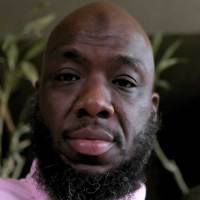 America has long had a policing issue, but recent instances of brutality caught on camera have brought heightened public awareness to the topic of police reform. The country stands at somewhat of an existential crossroads as it grapples with an ongoing history of racism and the ever-present episodes of police violence against Black citizens.

Research shows that in 2019, there were 1,004 fatal police shootings. As of June 30, a total of 506 civilians have been shot by police officers in 2020, and 105 of them were Black. Police brutality statistics show that the rate of police shootings among Black Americans is significantly higher than for any other ethnic group in the country.

The Time for Police Reform is Now

On May 25th, in Minneapolis, Minnesota, a civilian-captured cell phone video became the rallying cry of 2020’s Black Lives Matter movement. In the video, an unarmed Black man named George Floyd was pinned to the ground with Officer Derek Chauvin’s knee to his neck for eight minutes and 46 seconds.

During that time, Chauvin forced his knee into Floyd’s neck while he pleaded, cried out for his mother, and choked out the phrase, “I can’t breathe” multiple times. Chauvin’s three partners stood by in indifference and witnesses looked on in horror.

For eight minutes and 46 seconds Floyd was subjected to cruel and unusual punishment by a police officer, which ultimately took his life, because he purchased a pack of cigarettes with a counterfeit bill.

Eleven weeks prior, on March 13th after midnight, Louisville police officers performing a search warrant used a battering ram to break down the apartment door of Breonna Taylor. She and her boyfriend, Kenneth Walker, were asleep at the time but arose to the banging.

The “no-knock” warrant the officers used to enter the household allowed them to enter without warning and without identifying themselves as police officers. Not knowing these were officers entering the apartment, Walker fired his gun, for which he had a permit, at them. The officers returned fire with several shots, eight of which struck and killed Taylor.

As part of an investigation surrounding two male drug dealers, the officers received a warrant to search Taylor’s house. The police believed the two men used Taylor’s residence to receive packages but when searched, no drugs were found in the apartment. Taylor was a 26-year-old emergency room technician with aspirations of becoming a nurse, buying a home, and starting a family.

These horrific stories have caused many U.S. citizens to lose trust in a system meant to serve them. The paradox of millions of Americans feeling targeted and endangered by those tasked to protect them is one that must be addressed with a discussion of systemic police reform.

The recent wave of protests has created a rare opportunity to reexamine the practices of the American police force. Across the country, steps are being taken to revise the mechanisms that exist to protect officers who abuse their power and the lack of transparency that makes it difficult to truly understand the scope of police violence.

Advocates for change have different ideas on the best approach to police reform, from defunding and abolishing the police altogether, to more immediate reforms. For reformers, progress comes down to increasing police accountability. So, what more can be done?

Twenty-two states currently have laws which specifically exempt the release of police records in order to keep them confidential. In another 15 states, public access to these records is incredibly limited, leaving only 12 states in which police disciplinary records are public.

Without access to these records, the public cannot hold law enforcement accountable for misconduct or determine if their practices are effective in limiting the use of force. Over the past few decades there have been a number of legislative attempts to better track police brutality in the U.S., but many departments haven’t been required to participate.

American citizens are calling for change and, it seems, the first step to creating purposeful police reform would be to pull back the veil on this protected information and allow increased transparency into the practices of police departments.

The national push for police officers to wear body-worn cameras came in 2014 after the controversial murder of 18-year-old Michael Brown in Missouri. The resounding call for increased visibility became even more evident in a 2015 poll which found that 88% of Americans supported the initiative to have police wear cameras.

Although many departments across the country began to utilize these cameras, new issues arose such as a lack of regulation and footage not being made available to the public. And the jury is still out as to whether or not the cameras significantly decrease the use of force.

One study conducted by Arizona’s Tempe Police Department found that while the use of body-worn cameras resulted in a slight reduction in use of force among its specialized units, the cameras made little to no impact among regular patrol officers. Reforms can be made to ensure that this measure is implemented more effectively across the country.

One of the biggest obstacles to purposeful police reform is the magnitude and power of police unions. A University of Chicago study found that a Supreme Court ruling which gave officers the right to unionize resulted in a 40% increase in violent misconduct carried out by sheriff’s officers.

One potential cause for the increase in misconduct is that the unions make it difficult to punish officers who abuse their power. An analysis of 178 police union contracts found that 156 of them included at least one provision that could disrupt any attempt to legitimately discipline officers who have acted in misconduct. These include investigation time limits and interrogation rules.

For officers who are fired for misconduct, many unions require that departments purge those records every two to five years. Oftentimes, even if an officer is fired and permanently removed from a police department, he is rehired by another department without any trace of previous offenses.

A Washington Post report examined the firings of 1,881 police officers and found that 450 of those were rehired despite misconduct ranging from physical assault, sexual abuse, and fatal shootings.

Qualified Immunity, created by the Supreme Court in 1982, was originally intended to protect government officials acting in good faith from financial liability. It ensures that officials are protected so long as they have not violated law that is clearly established. In other words, a previous court ruling must exist showing that similar conduct, under similar circumstances, violates constitutional rights. The issue with this approach?

In 2013, an unarmed Black man named Khari Illidge was confronted by police officers on the side of an Alabama road where he was attacked with force when noncompliant. Illidge was hogtied by the officers, tasered 19 times, and pinned to the ground by a 385-pound officer before dying of cardiac arrest.

The deputy sheriffs claimed qualified immunity and were granted it because no prior ruling existed in that jurisdiction establishing that hogtying and tasering someone that many times was unlawful. For proponents of reform, there are several pieces of legislation currently under Congress’ consideration that would change, or even end, qualified immunity.

While statistics paint a bleak picture of the state of American law enforcement, the purpose of police reform is to ensure that the officers acting out gross misconduct do not represent the system as a whole. Departments willing to enact change are popping up all over the country.

Sweeping police accountability measures are happening at rates never before seen in the U.S. but there is still much to be done. The cries for help from America’s underrepresented communities must be heeded and acted upon. It’s time to ensure that those tasked with protecting the public are doing so for all.