Police use of force is complicated — officers need to be able to physically restrain and arrest people, but at the same time, they can’t be allowed to brutalize citizens, even if those citizens might be breaking the law.

To eliminate some of the ambiguity around police use of force, departments have guidelines dictating what officers can do under what circumstances. Police don’t always follow those guidelines, though, and some officers disregard them repeatedly without facing any consequences.

A commonly proposed solution to the problem of excessive force in policing is to simply get rid of those “bad apples.”

To test that theory, researchers at the University of Pennsylvania and Princeton University set out to see if such officers could be identified and determine what would happen if they were fired early in their careers — and the impact isn’t as great as the “bad apple” theory might suggest.

For their study, the researchers looked at officers hired by the Chicago Police Department (CPD) between 2000 and 2007 who were still with the department in 2017.

Based on the number of citizen complaints made against the officers during their initial 18-month probationary period, the researchers ranked them from most likely to be problematic to least likely.

When they looked at the 10 years after each officer’s probationary period ended, the rankings held up — those identified as high-risk based on their behavior during the probationary period were problematic throughout the next decade, receiving regular complaints.

But then the researchers simulated what would happen if the CPD had fired the 10% of officers at the bottom of the rankings right after their probationary periods ended.

“Our analysis suggests that removing predictably problematic police officers is unlikely to have a large impact on use of force citizen complaints,” co-author Aaron Chalfin said in a press release.

Even if terminating problematic cops could eliminate a huge portion of police use of force complaints, it’s often very difficult for departments to fire officers.

Removing predictably problematic police officers is unlikely to have a large impact.

Fewer than 0.2% of police are terminated every year, the researchers claim, so firing 10% would be a huge undertaking for departments — especially if the officers had been on the force for five years.

Instead of focusing on firings, they suggest that departments develop early warning systems that can not only identify high-risk officers, but also hold them accountable for misconduct.

“(These) might have a larger effect by generating deterrence or spillover effects among officers who are unlikely to be flagged as being high risk, or by changing departmental culture,” co-author Jacob Kaplan said. 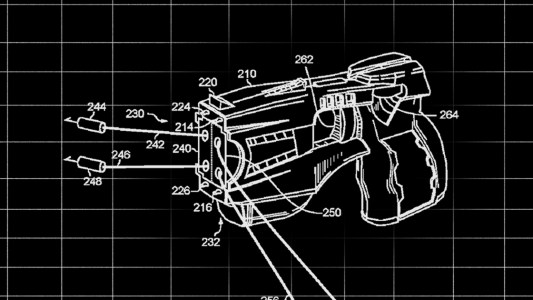 After a tragic loss, Rick Smith wanted to find a way to help end gun violence, and in 1993 he brought the TASER device to the market. 30 years later, he believes they’re closer than ever to “making the bullet obsolete…”

Fixing Justice
The CEO of Axon on building safer weapons05:50
Subscribe to Freethink for more great stories
Subscription Center
Sections
Video
Freethink
Subscribe
We focus on solutions: the smartest people, the biggest ideas, and the most ground breaking technology shaping our future.
Subscribe