In the wake of George Floyd’s killing, tens of thousands of people have taken to the streets to protest police brutality — and while many of the protests have been peaceful, some have turned violent.

Mixed within the crowds of protestors, rioters, and police are street medics — volunteers with some medical training who provide care to people during protests and demonstrations.

Street medics have been a fixture of such events since the 1960s — but unlike their predecessors, today’s volunteers have the added complication of treating people during a pandemic.

While some street medics are off-the-clock doctors, nurses, or EMTs, others are veterinarians, medical students, or even security guards. Some have jobs that have nothing to do with healthcare, but have chosen to take a street medic training course as a way of helping out during the protests.

To ensure protestors can identify them, street medics often cover their clothing with red crosses. In some places, they roam the streets looking for people in need of help. In others, they may set up stations with medical supplies, such as bandages, ice packs, and water to pour into the eyes of protestors exposed to tear gas.

Ultimately, the goal is for street medics to be able to treat the types of injuries that are most common during protests. These can range from simple cuts and bruises to major eye injuries caused by rubber bullets.

By simply being on the streets during protests, street medics put themselves in harm’s way, and the police brutality protests have been particularly dangerous, street medic Duck Bardus told the New York Times.

“This is the first time I have ever, ever seen anything like what we’re seeing on the streets in Columbus (Ohio),” Bardus said. “I have never been shot at with projectiles, I have never been maced at a protest, and all of those things have happened over the last week here in Columbus.”

Street Medics and the Coronavirus

While projectiles and mace are some of the most immediate threats, another invisible one is literally all around both street medics and protestors: the coronavirus.

Although the first wave of COVID-19 cases appears to be subsiding, the pandemic is far from over — the same day George Floyd was killed in Minneapolis, the U.S. reported more than 18,000 new cases.

Social distancing measures and masks seem to have been a major contributor to the declining infection rate in the U.S., at least to this point.

When we see suffering, that’s where we go.

But with thousands of people now gathering for the police brutality protests, health officials have expressed concerns that the nation could see a surge of new infections — and some of the tactics police are using in response to the protests have the potential to exacerbate the problem.

“It makes me really concerned that national guardsmen and police are using things like tear gas and pepper spray in light of the fact that we’re in a pandemic, and that those exposures could increase the risk of getting COVID-19,” Minneapolis street medic Dominique Earland told the NYT.

In response to the pandemic risk, street medics are adjusting their own tactics.

Now, in addition to handing out water and bandages, they’re giving protestors face masks. The Denver Action Medic Network, a group that trains street medics, has revised its guidelines to encourage volunteers to stock up on hand sanitizer and get tested for COVID-19 after attending protests.

Ultimately, it seems even a global pandemic can’t stop street medics from doing what they can to help protestors in their time of need.

“When we see suffering, that’s where we go,” Rupa Marya, co-founder of the Do No Harm Coalition, a group that provides street medic training, told NPR. “And right now that suffering is happening on the streets.” 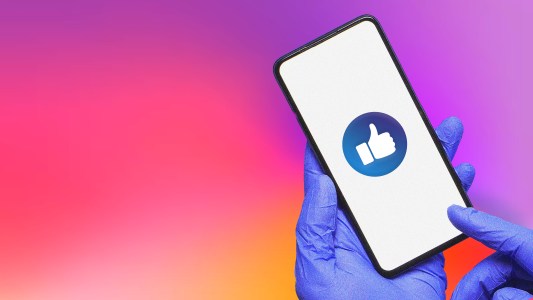 This coronavirus screening app is helping 25,000 hospital employees get to work faster and safer.

Public Health
How to keep hospitals safe with a pandemic still raging5:10
Subscribe to Freethink for more great stories
Subscription Center
Sections
Video
Freethink
Subscribe
We focus on solutions: the smartest people, the biggest ideas, and the most ground breaking technology shaping our future.
Subscribe