The U.S. Space Shuttle program flew 135 missions over 30 years. XCOR, a rocket company with teams in the Mojave Desert and Midland, Texas, wants to break that record by offering four round-trip flights to outer space and back, five days a week.

“I want there to be a frontier in space. And if the only way to get that is to build it, then I’m going to build it.” – Jeff Gleason, XCOR co-founder

The XCOR model is something of the ugly duckling of the space industry. Instead of plotting a path to Mars or hustling for big-ticket transport contracts, XCOR is working on a two-seater suborbital spacecraft called the Lynx that would take one passenger up to space and back down to Earth in the time it takes most people to go to the grocery store and back.

In May 2016, XCOR announced it was partnering with United Launch Alliance–an aerospace behemoth–to test out the Lynx’s proprietary propulsion system in a much bigger context. While this means the Lynx is on the back-burner, it may not stay there for long. 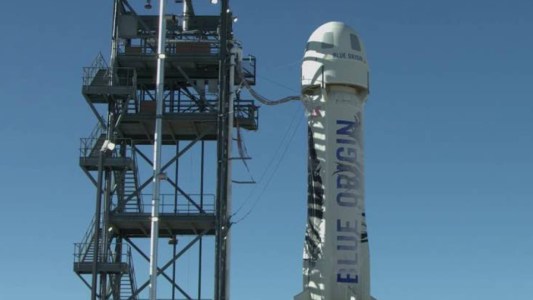 A step forward for space tourism, extreme poverty could be on its way out, and illustrating advanced tech. These…

Outer Space
This week in ideas: Rockets in flight, poverty in decline, and explaining the unexplainable
By Mike Riggs
Subscribe to Freethink for more great stories
Subscription Center
Sections
Video
Freethink
Subscribe
We focus on solutions: the smartest people, the biggest ideas, and the most ground breaking technology shaping our future.
Subscribe