Welcome back to another edition of This Week in Ideas, AKA the Cool Stuff Roundup, AKA the best stuff Freethinkers shared with each other on Slack. Here’s what’s got us all agoggle this week:

Blue Origins just moved us one step closer to space tourism. One of the things that makes flying on an airplane a relatively casual activity is that airlines have contingency plans in the event things go south. To create a space tourism market, rocket makers will need the same. And it appears Amazon founder Jeff Bezos and the team at Blue Origins have that part of space flight covered. Earlier this week, the company publicly demonstrated its passenger escape capsule. You can see everything go exactly according to plan here.

“The number of people in extreme poverty fell by 114 million from 2012 to 2013,” reports Dylan Matthews at Vox. That data comes from a new report from the World Bank, which finds that global poverty continues to decline at an astonishing rate. And while the year-to-year drop is pretty stunning, it’s nothing compared to the decrease we’ve seen since 1990: Back then, more than one third of the human population lived on less than $1.90 a day. As of this year, less than 10 percent of the human population has to get by on that amount.(Check out the chart below.) If the trend continues–and forecasters think it will–we’ll see the end of extreme poverty in our lifetime.

Can meditation help troubled kids? Yep, and it works better than conventional discipline methods, according to a small sample size at Robert W. Coleman Elementary School, where students who act out are encouraged to meditate. As a result, attendance rates are up, suspensions are down, and kids are learning some great techniques for staying cool, calm, and collected for the rest of their lives.

Learn from the kids: Don’t let politics crush your mood. “When historians look back on our era, the Hillary Clinton-Donald Trump campaign probably will be a modest footnote to broader and mostly uninterrupted positive trends,” economist Tyler Cowen writes at Bloomberg.

“When historians look back on our era, the Hillary Clinton-Donald Trump campaign probably will be a modest footnote to broader and mostly uninterrupted positive trends.”

“Driverless vehicles still have hitches, but they are in use in San Francisco and Pittsburgh and are progressing more rapidly than had been expected. They will ease commutes, save lives and help the elderly become more mobile. There is serious talk that stem cell technologies may extend human lives. The drone revolution may revolutionize the transport of goods and services. Software is being embedded into just about everything, and American business remains the envy of the world.”

How to explain an unexplainable world: For the last 30 years, David Macaulay has been publishing illustrated guides to the technology we use every day. But as we move into an era of technology that can’t be explained with simple illustrations, his goal for The Way Things Work Now has changed as well. “The idea behind the books is not necessarily to teach the reader each and every aspect of technologies like the radio transmitter or e-reader,” writes Rebecca Onion in Slate . “Rather, Macaulay hopes the experience of browsing the book will leave you with a sense of the way things relate to each other and a curiosity to know more.”

Are blue M&Ms about to become a thing of the past? Turns out, it’s really hard to make a blue M&M. Earlier this year, candymaker Mars announced it would phase out artificial colors in its products and replace them with natural colors. Now the company’s chemists are struggling to make a naturally blue M&M that’s actually, well, blue. 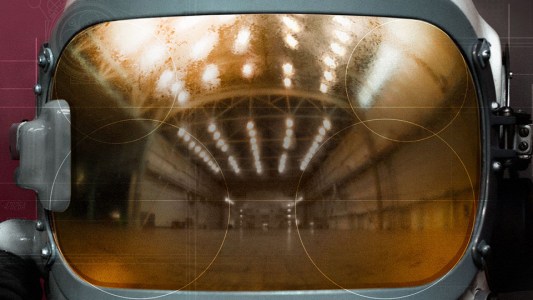