The 21st century could see humans return to space in a way that utterly transcends our 20th century travels. We may return to the moon, visit Mars for the first time, and explore asteroids.

From satellites that fit in the palm of your hand, to a 3D printer that works in zero gravity, to the group of engineers who are building the low-Earth-orbit version of Southwest Airlines, our new show, The New Space Race , will introduce you to the people and the technology that could make humans a multi-planetary species in the coming century.

The vision is ambitious. The obstacles are huge. But the journey will be fascinating. And The New Space Race will take you to the center of it all. 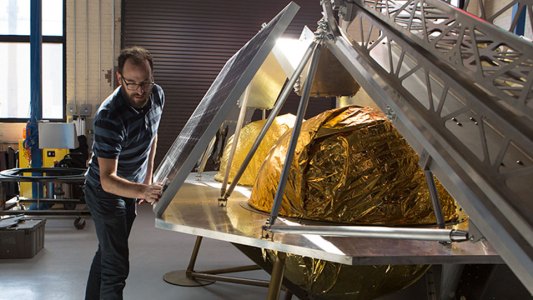 This startup wants to offer the world insanely accurate shipping to the moon.

Series | The New Space Race
A delivery service for the moon9:30
Subscribe to Freethink for more great stories
Subscription Center
Sections
Video
Freethink
Subscribe
We focus on solutions: the smartest people, the biggest ideas, and the most ground breaking technology shaping our future.
Subscribe