Like Britney Spears circa 2001, brown dwarfs exist in a sort of limbo — the astronomical objects are too massive to be planets, but not heavy enough to be stars.

Scientists are highly interested in these cosmic tweens as they could improve our understanding of planet formation, exoplanets, and potentially even dark matter.

But brown dwarfs are elusive — because they aren’t very bright, scientists can’t detect most of them with standard telescopes.

Brown dwarfs do give off heat in the form of infrared light, and NASA has been using telescopes that can capture that light to survey the sky for years. However, the agency lacks the personnel needed to hunt through the trillions of pixels of images it’s collected for the tell-tale signs of brown dwarfs.

“Despite the abilities of machine learning and supercomputers,” NASA wrote in August, “there’s no substitute for the human eye when it comes to scouring telescope images for moving objects.”

Now, NASA has released a highly detailed 3D map of nearby brown dwarfs, including dozens never before announced — and it wouldn’t have been possible without the help of 150,000 citizen scientists.

Citizen scientists are members of the general public who volunteer their time to help the scientific community.

Since 2017, thousands of such volunteers have been racing to discover brown dwarfs in telescope images as part of Backyard Worlds: Planet 9, a NASA-funded citizen science project.

The general public can play an important role in cutting-edge astronomy.

The reason for their rush: NASA was scheduled to retire the only operating observatory that could confirm the locations of any new brown dwarfs (the Spitzer Space Telescope) in January 2020.

By the time the project hit its deadline, the citizen scientists had discovered dozens of new brown dwarfs that scientists were able to study with Spitzer. Now, NASA has released the 3D map depicting the locations of 525 brown dwarfs in our cosmic neighborhood.

“The Backyard Worlds project shows that the general public can play an important role in cutting-edge astronomy,” Aaron Meisner, co-founder of Backyard Worlds, said in a press release. 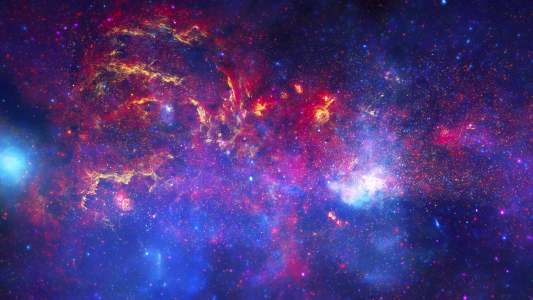 Scientists may have recorded the “hum” of the universe for the first time by measuring irregularities in gravitational waves.

Astronomy
Scientists may have found the hum of the universe
By Teresa Carey
Subscribe to Freethink for more great stories
Subscription Center
Sections
Video
Freethink
Subscribe
We focus on solutions: the smartest people, the biggest ideas, and the most ground breaking technology shaping our future.
Subscribe