“It doesn’t matter how much money Congress does or doesn’t give NASA. This agency is not gonna get me off this planet.”

Jeff Greason, co-founder of XCOR, makes that declaration in this week’s Freethink episode. It’s not a knock on the people who work for the National Aeronautics and Space Administration, most of whom are just as passionate about space exploration as Greason is. Rather, it’s a reflection of the commercial space industry’s skepticism that the agency is capable of opening up the space frontier.

Greason’s line struck a chord with me. I grew up an hour from Cape Canaveral in Central Florida, and the Space Shuttle’s double-sonic boom was a beloved tone from the soundtrack of my childhood. I’ve been to numerous NASA facilities, and I’ve even got patches and pins from the Apollo missions. But after spending the last several months working on Freethink’s New Space Race series, I’ve come to understand Greason’s argument. It’s not political, it’s practical.

And one really good way to understand it is to look at the last decade of NASA’s work.

Let’s go back to 2004, when the big plan was returning Americans to the moon

One year after the Space Shuttle Columbia disintegrated while re-entering Earth’s atmosphere (killing all seven crewmembers), President George W. Bush announced three goals intended to reinvigorate the U.S. space program: Finish construction of the International Space Station (ISS) by 2010; build an entirely new spacecraft and have it fly a manned mission by 2014; and return Americans to the surface of the moon by 2020.

The moon mission–called Constellation–was intended to lay the groundwork for an eventual mission to Mars, while the Crew Exploration Vehicle (CEV) was intended to replace the retiring Shuttle and to provide NASA with a ship capable of exploring beyond Earth’s orbit.

Now let’s jump to 2010, when we decided we didn’t want to go to the moon anymore

What happened to those goals? Well, construction on the ISS finished in 2011. But the CEV was never built; right now, American astronauts get to the International Space Station by hitching a ride with the Russians. The Constellation program, meanwhile, was cancelled by President Obama in 2010. By that point, NASA had spent five years and $9 billion dollars on the moon mission, but a 2009 investigation by the Government Accountability Office found the agency was uncertain how much more time and money it would need to spend to complete the project.

The moon mission…was not just behind schedule and over budget, it didn’t really have a schedule or a budget.

In other words, it was not just behind schedule and over budget, it didn’t really have a schedule or a budget. With no end in sight and no upper limit to Constellation’s budget, the program was shuttered.

The Obama administration shifted NASA’s budget away from Constellation and toward three others goals: Helping the commercial space sector develop launch capabilities, developing a path to Mars, and capturing an asteroid. While the administration has received plaudits from space enthusiasts for its decision to use private spacecraft to transport American crew members to the ISS (starting in 2017); and for establishing Mars as America’s long-term human exploration destination; the plan to capture an asteroid has been a mess.

Wait, why are we capturing an asteroid?

Well, the original–called the Asteroid Capture Mission, and announced in 2013–was to move an entire asteroid through space. But in March 2015, NASA said it would instead retrieve a boulder from an asteroid’s surface using an unmanned vehicle. That unmanned probe would then drag the boulder through space and put it in the moon’s orbit, where it could circle the moon the way the moon circles Earth. Once this Asteroid Redirect Mission advances to the stage where a boulder is orbiting the moon–tentatively around 2025–we’d send astronauts to visit the boulder and collect rock and water samples.

The problem is that we don’t really need those things. There are already lots of asteroid samples here on planet Earth. And while NASA argues that the ARM mission will help develop technology necessary for a manned Mars mission, like using new space suits, intercepting and maneuvering large objects, and extracting water from the ice on space rocks, the argument has fallen flat with the people who fund NASA (that would be Congress), as well as some really prominent people in the aerospace community.

Congress is probably going to kill the asteroid mission

While the asteroid mission’s cost is relatively small in the grand scheme of federal spending, it’s already–wait for it–behind schedule and over budget. NASA announced in July 2016 that the program would cost an additional $150 million–bringing the total to $1.4 billion–and pushed the unmanned vehicle’s launch date back by a year, to 2021.

But the program probably won’t make it to 2021. A House subcommittee began pushing to defund the asteroid program prior to NASA updating cost projections, and a Senate subcommittee joined them in September.

That might not be a bad thing. Way back in 2013, MIT’S Richard P. Binzel called the asteroid mission “a multibillion-dollar stunt.” NASA Administrator Charles Bolden, meanwhile, said that ARM wasn’t necessary for planetary defense or intended to expand scientific knowledge about space. It was basically just a thing NASA could do with a limited budget.

What is NASA’s role in 21st century space exploration?

Whether or not the asteroid mission continues, it’s clear that the commercial space industry can do things faster and cheaper than NASA.

Can NASA get to Mars before Elon Musk and SpaceX? Hard to say, particularly since the agency’s priorities have changed dramatically in just the last decade, and could change again under a new president (did we mention that some members of Congress aren’t sure NASA should be aiming for Mars at all?).

Can NASA complete its long-awaited Orion crew capsule without burning through an ungodly amount of money? The GAO seems to think that’s unlikely, as the Orion is already behind schedule and over-budget, not unlike the James Webb Space Telescope. (Space watchers have been raising concerns about the schedule and budget for Orion and its Space Launch System for years now, BTW.)

In fact, there’s very little you can point to in NASA’s recent history that suggests it should be leading the 21st century space race. And some things–like the $20+ billion it’s spent on cancelled projects since 1992–suggest its role should actually be smaller.

Would changing the way NASA is managed–shifting power from the White House to Congress, for instance, and installing a director with a 10-year term–actually improve things? Or would it simply empower members of Congress to continue using NASA as a pork-delivery vehicle? And does consistency across presidential administrations provide any protection against poor project management? The aforementioned James Webb Space Telescope–long-delayed and many billions of dollars over-budget–has received numerous congressional reprieves, and still isn’t ready for operation. That alone suggests continuous fidelity to a given aerospace project isn’t a solve-all.

I’m not sure anyone knows exactly what needs to happen at NASA for it to play a meaningful role in 21st century space exploration. But Greason and others like him aren’t content to wait any longer. “I want a frontier in space,” he says in this week’s episode. “If that means I have to build it then I’m going to build it.”

Aerospace
The 12 most exciting space missions of 2023
2023 will see the launch of new rockets, the return of OSIRIS-REx, and a mission to Jupiter that could help us find extraterrestrial life.
By Kristin Houser 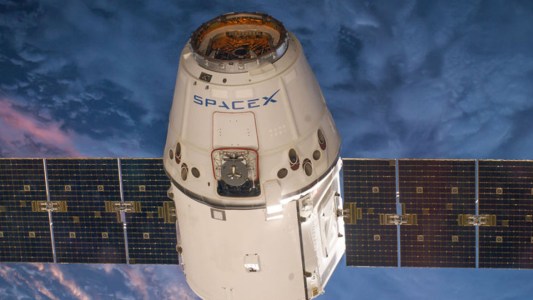 Private companies have worked with NASA for decades. Can the next generation of space companies get by without the…

Outer Space
Where did the commercial space sector come from?
By Mike Riggs
Subscribe to Freethink for more great stories
Subscription Center
Sections
Video
Freethink
Subscribe
We focus on solutions: the smartest people, the biggest ideas, and the most ground breaking technology shaping our future.
Subscribe