Scientists have observed an extremely rare particle physics event using a detector that’s hunting for dark matter, the mysterious material that physicists have yet to observe.

In a paper published in the journal Nature, researchers with the XENON Collaboration said they’d observed the radioactive decay of a substance called xenon-124, an isotope of the element xenon — a colorless and odorless noble gas found in tiny amounts in the atmosphere. The event — a “two-neutrino double electron capture” — has eluded scientists for decades.

It happens when “two protons in a nucleus are simultaneously converted into neutrons by the absorption of two electrons from one of the atomic shells and the emission of two electron neutrinos.” After this occurs, the event shoots out a predictable cascade of X-rays and Auger electrons that scientists look for using an ultra-sensitive detector, buried about 5,000 feet beneath Italy’s Gran Sasso mountain where it’s shielded from cosmic rays.

“We have shown that we can observe the rarest events ever recorded,” Ethan Brown, a professor of physics at Rensselaer Polytechnic Institute and co-author of the study, told Newsweek. “The key finding is that an isotope formerly thought to be completely stable has now been shown to decay on an unimaginably long timescale.”

“It’s an amazing to have witnessed this process, and it says that our detector can measure the rarest thing ever recorded,” Brown told The Independent.

“We designed the XENON1T experiment to look for dark matter, a new kind of matter that makes up 85 percent of the mass of the universe, but interacts so rarely that it’s never been observed,” Brown said. “This experiment is so sensitive to very rare events that we can make all kinds of other rare physics measurements. One of those is this decay of xenon-124. Although our primary goal was always the discovery of dark matter, we knew there was a good chance we could see this rare decay, so we set out to do so.”

To get that good chance, the team had to expose their detector to a huge amount of xenon atoms by stocking it with 3.2 tons worth of liquid xenon.

“XENON1T is a giant vat of liquid xenon surrounded by light sensors,” Brown said. “When dark matter collides in the xenon, or when a radioactive decay occurs inside, we get a tiny flash of light and a little bunch of charge out of the xenon. We measure these with the light sensors and reconstruct everything we can about the original event that caused the light and charge.”

Although the team didn’t observe dark matter — which is the primary purpose of the detector — the recent observations could help scientists learn more about neutrinos, one of the least understood fundamental particles in the universe.

“It proves that this XENON detector technology we use for dark matter is much more versatile,” graduate student Christian Wittweg, Ph.D student at the University of Münster in Germany, told Gizmodo. “We get all these cool analyses… for free after having built an experiment sensitive enough to hunt for dark matter.”

The team plans to use its newer XENONnT detector to continue hunting for dark matter, the elusive material that’s estimated to comprise about 26.8 percent of all the content in the universe.

History
Why Einstein is a “peerless genius” and Hawking is an “ordinary genius”
Why some people are considered geniuses while other equally impressive people are not seems largely arbitrary.
Up Next 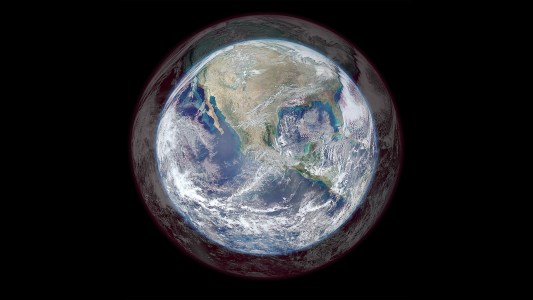 China’s Earth 2.0 mission will survey the Milky Way in the hope of identifying exoplanets similar to Earth.