In 2026, China will launch Earth 2.0 — a mission to find an exoplanet with the conditions most likely to support alien life.

Why it matters: There’s only one place in the universe that we know life exists: Earth. To find extraterrestrial life, then, many astronomers believe we should look for exoplanets that mirror Earth’s environment and are in the habitable zones of sun-like stars.

So far, though, the hunt for Earth 2.0 has come up short — we’ve found exoplanets similar to Earth, but nothing that would qualify as a twin.

The mission: The Chinese Academy of Sciences hopes to help change that with its Earth 2.0 mission, which will involve more than 300 researchers from over 40 institutions in China and beyond.

The mission will start with the launch of the Earth 2.0 spacecraft to the second Lagrange Point (L2) in 2026. At that point in space, the gravitational pulls of the sun and Earth form a sort of equilibrium, which keeps any smaller objects at L2 in orbit around the sun right alongside Earth.

(Because the Earth and sun are always on one side of L2, its view in the opposite direction is never obstructed. That’s made it a popular spot for space telescopes — NASA’s James Webb Space Telescope and ESA’s Gaia observatory both call L2 home.)

The Earth 2.0 team expects to identify 30,000 exoplanets over the course of its mission.

Over the next four years, six small telescopes on the Earth 2.0 mission will work together to survey a patch of sky containing about 1.2 million stars. Their goal will be to spot changes in a star’s brightness that indicate the passage of an orbiting exoplanet.

A seventh telescope aboard the Earth 2.0 satellite will survey the center of the Milky Way for signs of gravitational microlensing, a phenomenon that can be used to identify exoplanets that either don’t orbit stars (“rogue planets”) or are very far from their stars (like Neptune).

The impact: Astronomers believe the Milky Way is home to billions of exoplanets, but so far, they’ve only identified about 5,000. Based on simulations, the Earth 2.0 team expects to identify 30,000 more over the course of its mission, including 5,000 that are “terrestrial-like.”

While the survey itself won’t be able to prove if any of those planets are the elusive Earth 2.0, it will provide data that can help astronomers identify promising candidates for follow-up observations.

“Our satellite can essentially conduct a census that identifies exoplanets of different sizes, masses, and ages,” lead astronomer Jian Ge told Nature. “The mission will provide a good collection of exoplanet samples for future research.”

Aerospace
Astronomers detect “mystery molecule” in exoplanet’s atmosphere
Thanks to the James Webb Space Telescope, we now know more about the atmosphere of WASP-39b, a distant gas giant, than any other exoplanet.
Up Next 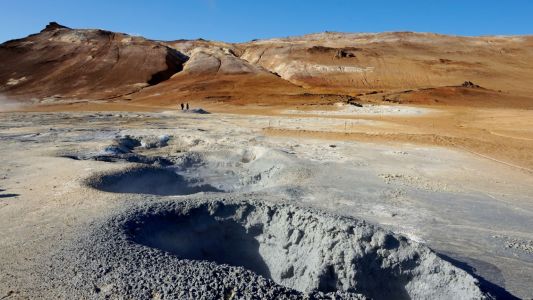 A crater 5 inches deep was caused by something about the size and weight of an eraser on the end of a pencil.

Aerospace
This is the damage a tiny speck of space debris can do at 15,000mph
Subscribe to Freethink for more great stories
Subscription Center
Sections
Video
Freethink
Subscribe
We focus on solutions: the smartest people, the biggest ideas, and the most ground breaking technology shaping our future.
Subscribe