NASA’s James Webb Space Telescope (Webb) just hit a major milestone — and it looks like the epic spacecraft is going to work even better than expected.

“More than 20 years ago, the Webb team set out to build the most powerful telescope that anyone has ever put in space and came up with an audacious optical design to meet demanding science goals,” said Thomas Zurbuchen, NASA’s associate administrator for science. “Today we can say that design is going to deliver.”

The challenge: NASA launched the Webb telescope on December 25, 2021, and about a month later, it reached its destination: the second Lagrange point, or L2, which is about one million miles away from Earth.

Before the telescope could start taking images from its new home in space, though, NASA needed to perfectly align its 18 hexagonal mirror segments, making tiny adjustments to the angle of each segment until the group could operate as a single, smooth mirror.

No one had ever built a space telescope like this before, meaning NASA didn’t know for sure how well it would work.

What’s new: NASA has now aligned Webb’s mirrors to its primary camera and used the telescope to capture an image of a star.

On March 16, it shared the star snapshot, as well as a new telescope selfie, and announced that every optical parameter it checked was performing at or above expectations.

“We said last fall that we would know that the telescope is working properly when we have an image of a star that looks like a star,” Lee Feinberg, Webb optical telescope element manager, said during a press briefing.

“Now you’re seeing that image, and I’m happy to say that the optical performance of the telescope is absolutely phenomenal — it is really working extremely well,” he continued. “The performance is as good if not better than our most optimistic prediction.”

Looking ahead/back: NASA will now focus on aligning Webb’s mirror with its other imaging instruments. That process should wrap up in early May and will be followed by about two months of instrument prep.

If all goes according to plan, NASA expects to have Webb’s first full-resolution images and data ready for release in the summer of 2022.

After that, the Webb telescope will spend the next decade or more (hopefully) taking images of exoplanets, stars, and objects so far away, they let us peer back in time to when the universe was first forming. 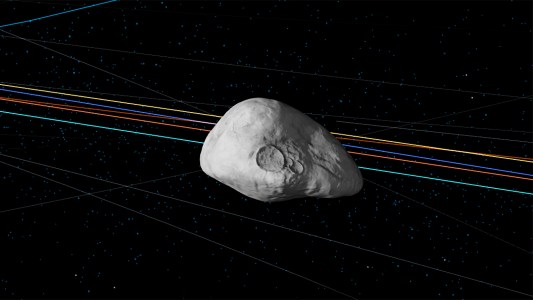 NASA successfully pinpointed almost exactly where and when a new asteroid would hit Earth’s atmosphere, before it made contact.