Four astronauts are currently riding to the International Space Station (ISS) aboard a used SpaceX rocket and Dragon capsule.

The backstory: From 2011 until 2020, NASA relied on Russian space agency Roscosmos to ferry its astronauts to the ISS at a cost of about $80 million per seat.

In May 2020, SpaceX took over taxi duties, using a Falcon 9 rocket and a Crew Dragon capsule named Endeavour to transport two NASA astronauts to the ISS — making history as the first private company to send astronauts into space.

SpaceX had reused rockets and capsules for cargo deliveries to the ISS before, but this is the first time one has been reused for a crewed mission.

Why it matters: By reusing rockets and capsules, SpaceX can keep costs down and launch more frequently, making space more accessible.

“If you have rapid and complete reusability, then that is the gateway to the heavens,” SpaceX CEO Elon Musk said after the launch. “That’s what we’re trying to get done, and the support of NASA makes a huge difference.”

International (and family) affair: NASA astronaut Shane Kimbrough is the mission’s commander, and Megan McArthur is its pilot.

That means she’s in the exact same seat her husband, fellow NASA astronaut Bob Behnken, occupied during the Dragon capsule’s first flight back in May.

Joining the NASA duo are Japan’s Akihiko Hoshide and France’s Thomas Pesquet, making this the first SpaceX flight with two international astronauts onboard.

“Our crew is flying astronauts from NASA, ESA, and JAXA, which hasn’t happened in over 20 years,” Kimbrough told SpaceX flight controllers prior to launch. “Off the Earth, for the Earth, Endeavour is ready to go.”

The mission: The flight to the ISS should take about 23 hours, with the astronauts arriving early Saturday morning. They’ll then spend about six months at the space station.

One of their primary objectives will be to conduct experiments involving tiny “organs on chips” to better understand how the human body reacts to microgravity. They’ll also install a pair of new solar arrays to power the ISS. 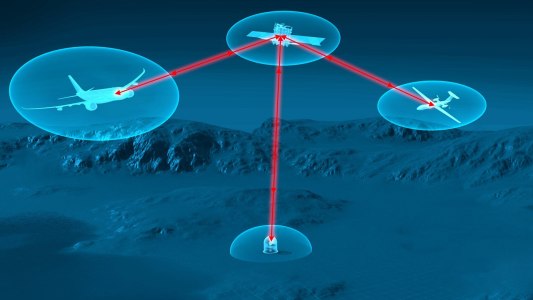 Airbus is developing a laser communication system to increase the security of military operations and bring faster inflight Wi-Fi to passenger planes.