The K-Pg extinction event from 65 million years ago reminds us of this grave threat.

A ~kilometer-sized or greater object could wipe out every human on Earth.

Our greatest hope for survival relies on early detection and successful intervention.

However, we mustn’t feel that false sense of security.

These new near-Earth asteroids were all found in an uncommon place: between the orbits of Earth and Venus.

One passes closer to the Sun than any known asteroid, enabling unprecedented General Relativity tests.

Another, at 1.5 kilometers across, is the largest Earth-hazardous asteroid discovered in eight years.

If a collision occurs, an extinction-level event is anticipated.

Hazardous object surveys primarily focus on the asteroid belt: where most such objects are located.

However, those don’t include the four major Earth-threatening classes.

Of these four, the Atens and Atiras are the most poorly identified.

Only twilight, Earth-based observations can find them.

These are exactly the observations most damaged by Starlink and other unregulated satellites. 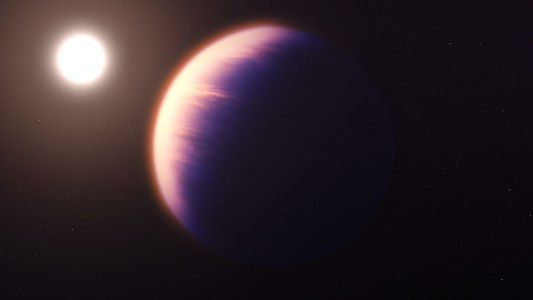 Thanks to the James Webb Space Telescope, we now know more about the atmosphere of WASP-39b, a distant gas giant, than any other exoplanet.