Two global superpowers are partnering on a lunar space station — and the U.S. isn’t one of them.

On March 9, the heads of Russia’s and China’s space agencies (Roscosmos and the CNSA, respectively) signed an agreement to collaborate on the International Scientific Lunar Station (ISLS) — a moon-based space station where humans might one day live and work.

China and Russia plan to lead the development, construction, and operation of the lunar space station, but according to a statement released by the CNSA, they are open to partnering with other countries on the project.

Details are scarce on the ISLS, but what we know so far is that it may be based on the surface of the moon or in its orbit. If on the surface, it’ll be located near the moon’s south pole.

The ISLS will feature several research facilities. These will be designed to support different types of experiments, ranging from basic research to the exploration and utilization of the moon itself.

Initially, the lunar space station will be designed to operate autonomously, but there’s the potential for it to eventually support a “human presence on the moon,” according to Roscosmos.

In August, China announced preliminary plans for the ISLS’s construction, which would begin this decade and continue into the next. Short crewed missions could then start early in the 2030s, with longer-term ones kicking off as soon as 2036.

Whether that’s still the plan now that Russia has signed onto the project isn’t clear.

Space partnerships are nothing new for Russia — it helped build the International Space Station with four other space agencies, including NASA.

China, however, is relatively new to space exploration. It didn’t send a human into space until 2003, decades after other agencies hit the milestone.

The lunar space station could eventually support a human presence on the moon.

It’s been making up for lost time recently, though — in just the past year, it’s sent a spacecraft to Mars and brought rocks back from the surface of the moon. In 2019, China made the first ever landing on the dark side of the moon.

Now, it’s partnering with one of the world’s most experienced space agencies on a lunar space station that could lead to the biggest scientific discoveries of tomorrow.

“This will be the largest international space cooperation project for China, so it’s significant,” Chen Lan, an independent analyst who specializes in China’s space program, told the Guardian. 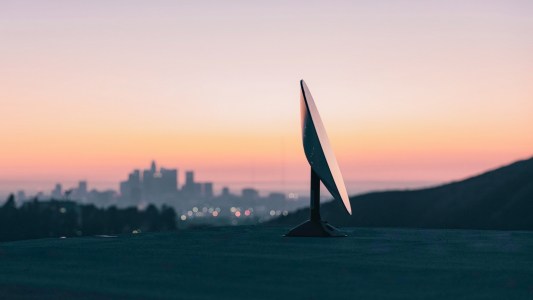 SpaceX has asked the FCC for permission to attach terminals for its Starlink satellite internet to larger vehicles, such as trucks, airplanes, and boats.