The startup Made In Space will soon be, well, making in space, TechCrunch reports. The company is sending a 3D printer to the International Space Station (ISS) on a resupply launch scheduled for September 29 — a potential proof-of-concept for space manufacturing.

Heading to the ISS is a Turbine Ceramic Manufacturing Model, which 3D prints parts that require extremely detailed and precise work. Specifically, it makes what are called turbine blisks — an esoteric engine part used in the aerospace industry, per TechCrunch.

The goal is to prove that turbine blisk manufacturing in space is feasible. The potential upside: gravity here on Earth can cause defects in their manufacturing, causing the material to settle in an in-opportune way.

Being able to produce the turbine blisks in microgravity may lead to fewer errors, TechCrunch reports, as well as paving the way for the creation of other precision pieces up above.

Manufacturing in space using 3D printers has been a focus for years. NASA sees it as a potential fix to issues that will arrive in long-term space flight, providing astronauts manufacturing capabilities for parts or tools that would be otherwise unavailable. Made In Space — they’re all over this … space — sent up a printer to begin testing just that in 2014.

Using that tool, NASA launched 3D Printing in Zero G investigation, which ended up producing dozens of parts that did not seem to suffer any adverse effects in microgravity. In 2019, Made In Space sent up a plastic recycler, with the intent of turning trash into 3D printing material.

More recent efforts have taken a turn to the biological, as a team of researchers managed to 3D print human tissue in space. Russian startup 3D Bioprinting solutions managed to print human cartilage aboard the ISS in 2018.

Whether dealing with tissues or turbines, manufacturing in space looks to plug a void in the viability of long-term exploration or life beyond Earth: the capability to create necessities without relying on expensive and time-consuming launches. 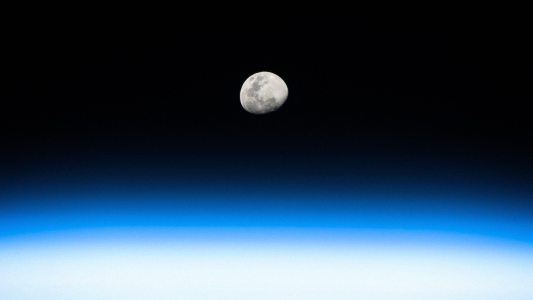 NASA is looking to buy moon rocks from private companies. This lunar marketplace will spur the development of new technologies that can extract resources from the moon.

Outer Space
Can we turn the moon into a gas station?
By Amanda Winkler
Subscribe to Freethink for more great stories
Subscription Center
Sections
Video
Freethink
Subscribe
We focus on solutions: the smartest people, the biggest ideas, and the most ground breaking technology shaping our future.
Subscribe