It’s been 44 years since a human stepped on the moon, and a new generation of entrepreneurs is laying the groundwork for us to go back. They’re developing a delivery service for the moon, building rockets that will drive a space tourism industry, designing 3D-printers that work in zero gravity, deploying revolutionary satellite systems, and training the next generation of space explorers. And you’re going to want to see how and why they’re doing it.

That’s exactly why we partnered with National Geographic to bring you The New Space Race: an original series profiling a new generation of innovators and explorers at the center of 21st century space travel.

Astrobotic’s unique GPS system will allow them to land a lunar spacecraft within meters—rather than kilometers—of the intended target. And now they’re using the tech to offer the world’s first delivery service to the moon.

Twenty years from now, humans could live in space permanently. As tech companies work feverishly to develop the tech needed for this galactic future, the New Worlds annual gathering brings together space lovers of all ages to prepare for life off Earth.

Spire’s CubeSat satellites—each about the size of a shoebox—can collect and transmit weather data six times as often as the massive, billion-dollar satellites we’ve used for generations. But it doesn’t stop at weather prediction. Spire thinks their tech will be essential as humans journey deeper into deep space.

Sending things into space is really expensive. But what if we didn’t have to? What if everything in space was made in space? This 3D printer could help make the vision a reality.

XCOR wants to be like Southwest Airlines for space. They’re working on a spacecraft prototype with a very ambitious goal: four daily flights to space, five days a week. If XCOR is successful, they could take more people to space in six months than NASA did in 30 years. 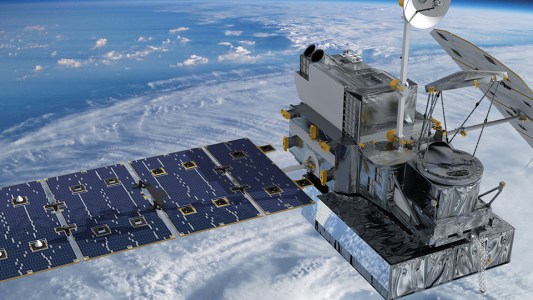 Regulations forced companies that planned to sell satellites to other countries to register, in effect, as arms…

Outer Space
Why the U.S. government treated satellites and machine guns as the same for 15 years
By Jeff Foust
Subscribe to Freethink for more great stories
Subscription Center
Sections
Video
Freethink
Subscribe
We focus on solutions: the smartest people, the biggest ideas, and the most ground breaking technology shaping our future.
Subscribe