Humanity’s future on Mars may depend on a golden box about the size of a car battery.

On February 18, NASA’s Perseverance rover landed on Mars with this box, called MOXIE, nestled in its belly.

MOXIE was designed to convert carbon dioxide into oxygen on Mars, and NASA plans to put it to the test within the next few months. If it works as hoped, the instrument could play a key role in getting astronauts home from Mars — and maybe even help them survive while on the Red Planet.

NASA can’t send people to Mars until it knows it can also bring them back, and that means making sure the astronauts have enough rocket propellant for the return trip.

The most straightforward option is to send the propellant — a combination of oxygen and rocket fuel — to Mars with the astronauts.

But this isn’t economically feasible — a crew of four would need about 7 tons of rocket fuel and 27 tons of oxygen to launch from Mars, and every extra pound of payload we send to Mars increases the cost of the trip by at least $2,400.

MOXIE — which stands for Mars Oxygen In Situ Resource Utilization Experiment — may allow the astronauts to turn the carbon dioxide in space into oxygen.

Oxygen only makes up about 0.13% of Mars’ atmosphere, but carbon dioxide is plentiful, accounting for 96% of it — and NASA’s hope is that MOXIE will prove it’s possible to turn that CO2 into oxygen on Mars.

To create oxygen on Mars, MOXIE will intake some of the planet’s air and heat it to nearly 1,500 degrees Fahrenheit. (The gold coating on the outside of the instrument will ensure that this heat doesn’t harm the Perseverance rover.)

If we can make oxygen on the surface, that potentially saves us a lot of money.

It will then apply an electric current to the air to split the CO2 into oxygen and carbon monoxide. After noting how much oxygen is produced and its purity, MOXIE will release the air back into the atmosphere.

If MOXIE can produce at least 99.6% pure oxygen on Mars, future missions could put that oxygen to use. To do so, NASA will need to build a version of MOXIE that’s 200 times larger.

The larger version of MOXIE would store the oxygen. Astronauts could then combine it with fuel to make rocket propellant, but as MOXIE team member Eric Daniel Hinterman told Live Science, it could also go toward life-support systems.

“We can send that oxygen from Earth to Mars, but if we can make it on the surface that potentially saves us a lot of money,” Hinterman said.

NASA hasn’t set a date for when MOXIE will first try to create oxygen on Mars, but it plans to conduct up to a dozen tests to ensure the tech works under a variety of Martian conditions. 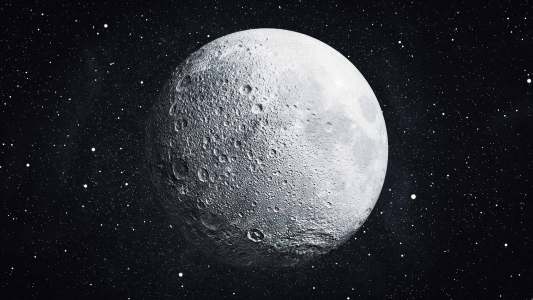 Russia and China have agreed to collaborate on a lunar space station where humans might one day live and work.