Life on Earth emerged about four billion years ago. Scientists are pretty certain of that. What they still haven’t figured out, though, is exactly how this happened.

Did deep-sea vents spew out the building blocks of the first lifeforms? Could lightning have zapped them into existence? Might they have hitched a ride to Earth from elsewhere?

That final theory is part of a wider (controversial) idea known as “panspermia.” It suggests that life exists throughout the universe and could travel between celestial bodies aboard asteroids, comets, and even spacecraft.

If true, panspermia would answer one of the biggest questions about our past (while pushing off the question of where life ultimately originated), and it would also inform our future exploration of the stars.

After all, if microbial life can survive the harsh conditions of space to travel to Earth, there’s also a chance it could survive trips from Earth to other planets, meaning we’d need to be extra careful to clear our spacecraft of any tiny hitchhikers before launch.

Still, space is an incredibly extreme environment, with wild temperature fluctuations and harsh radiation, and any trip between two relatively close planets would take months or even years.

But now, a new study suggests that at least one type of hardy bacteria would be able to survive the journey between Mars and the Earth.

In 2015, scientists in Japan launched the Tanpopo mission, an experiment designed to test one aspect of the panspermia hypothesis.

It started with the scientists creating dried clumps of a particularly radiation-resistant bacteria called Deinococcus.

The bacteria could survive during the travel from Earth to Mars and vice versa.

With the help of the Japan Aerospace Exploration Agency (JAXA), they placed clumps of bacteria of various sizes in panels on the exterior of the International Space Station, exposing the bacteria to the harsh conditions of space.

In a new paper, published in the journal Frontiers in Microbiology, the scientists report that at least some of the bacteria in the 0.5 millimeter or larger clumps survived three years in space — while the outside layers of bacteria died, the microbes on the interiors of the clumps survived.

Based on their findings, the researchers concluded that clumps with a thickness of 1 mm would likely be able to survive up to 8 years under the same conditions.

Right now, NASA’s Perseverance rover (well sterilized, to be sure) is en route to Mars with the goal of collecting samples scientists can analyze for signs of past life.

If they find any, there’s a chance the discovery might not just be providing us with a look into the history of life on the Red Planet, but maybe our own planet as well, according to Akihiko Yamagishi, the Tanpopo mission’s principal investigator.

“The results suggest that radioresistant Deinococcus could survive during the travel from Earth to Mars and vice versa, which is several months or years in the shortest orbit,” he said in a news release.

We still haven’t found the lynchpin of the panspermia hypothesis: extraterrestrial life.

Still, the Japanese study only suggests that Deinococcus could likely survive the trip from Mars to Earth.

It doesn’t tell us whether the bacteria could live through whatever could have happened to launch it into space in the first place — such as an asteroid or comet impact — or the scorching heat of entering the Earth’s atmosphere and impacting the surface.

And we also still haven’t actually found the lynchpin of the panspermia hypothesis: any signs of extraterrestrial life. We do know that there’s life on Earth, though, and the most likely explanation for its origin is that something happened here to spur it into existence.

Still, we’ve yet to explain the origin of life on Earth, and based on the Tanpopo mission’s results, we at least know panspermia — however unlikely — remains in the running as a possible answer. 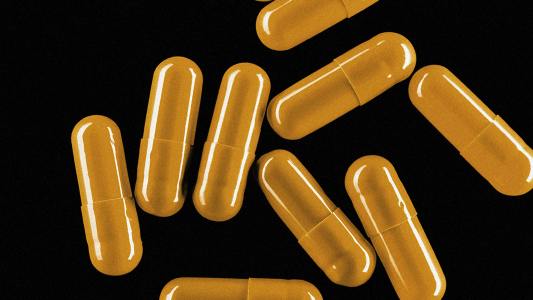 Biology
Fecal transplant cures man whose gut made him drunk
By Kristin Houser
Subscribe to Freethink for more great stories
Subscription Center
Sections
Video
Freethink
Subscribe
We focus on solutions: the smartest people, the biggest ideas, and the most ground breaking technology shaping our future.
Subscribe