SpaceX’s Starlink satellites could become a new global positioning system for the US Army — even without SpaceX’s help.

The challenge: The Global Positioning System (GPS) is a group of 31 satellites owned and operated by the US government. From an altitude of about 12,500 miles, these satellites transmit radio signals, which are picked up by GPS receivers in cars, phones, and other tech.

Using data from the signal, our GPS receivers can calculate their distance from the satellite. If a receiver is within sight of at least four satellites, it can use those distances to calculate its location down to about 7 meters.

Today, civilians, businesses, astronauts, the military, and more all take advantage of GPS — but our widespread reliance on this one positioning system is worrisome because its signals are easy to jam and spoof.

“The signal strength is incredibly weak, and because we wanted everybody to adopt it, we made the codes public,” Dana Goward, president of the Resilient Navigation and Timing Foundation, a security-focused nonprofit, told FedTech. “So, anybody can build a transmitter that can imitate a GPS satellite.”

The idea: In 2020, researchers at the University of Texas at Austin — backed by US Army funding — claimed that, with a simple software upgrade, SpaceX’s Starlink satellite mega-constellation could serve as a low-cost backup to traditional GPS.

Low orbit satellites “see” a smaller area of the Earth’s surface than a GPS satellite, but SpaceX’s Starlink constellation has enough satellites to overcome that obstacle — the far north and south would be the main places coverage might be an issue.

“Elon told the leaders we spoke to: every other LEO [low Earth orbit] communications network has gone into bankruptcy,” Humphreys told MIT Technology Review. “And so we [SpaceX] have to focus completely on staying out of bankruptcy. We cannot afford any distractions.”

“We had to start from scratch, building basically a little radio telescope to eavesdrop on their signals.”

Rather than give up on the idea, Humphreys and his team got their hands on a Starlink terminal and set to work reverse-engineering the satellite signals.

“Even in our early discussions, when SpaceX was being more cooperative, they didn’t reveal any of the signal structure to us,” he told MIT Tech. “We had to start from scratch, building basically a little radio telescope to eavesdrop on their signals.”

What’s new? In an update to the non-peer-reviewed paper they published in 2020, the UT Austin team claims it determined that Starlink satellites use predictable, repeating signals called “synchronization sequences” to coordinate with receivers.

That might not be as accurate as GPS, but Humphreys told the Register that a positioning system based on Starlink could pinpoint locations to within one meter if SpaceX published data on each satellite’s exact position.

“This wouldn’t take [SpaceX] much work and would require only modest changes to the satellite software,” he said.

The big picture: Whether a Starlink-based positioning system would actually be more secure than GPS is debatable, according to Mark Psiaki, a GPS expert and aerospace professor at Virginia Tech, who wasn’t involved in the research.

“Humphreys has done a big service to the navigation community identifying these sequences,” he told MIT Tech. “But any navigation system working on open-source sequences could definitely be spoofed, because everyone will know how to spot those signals and create fake ones.”

SpaceX has given no indication that it plans to help turn its mega-constellation into a new positioning system, but if it does, perhaps the best course would be for groups like the Army to rely on both it and GPS — forcing bad actors to work twice as hard to fool them. 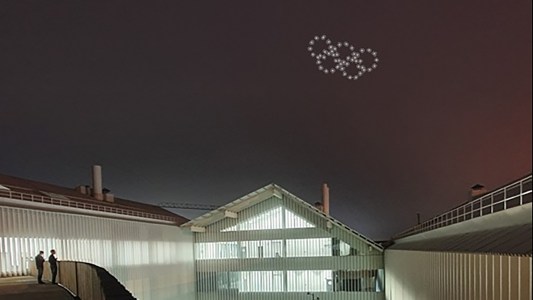 Space advertising could generate a profit, even though space ads would cost $65 million each, according to Russian researchers’ calculations.