Earth’s orbit is about to get way more crowded.

In the past decade, the number of active satellites in orbit has skyrocketed from just over 1,000 to more than 5,000. By 2030, it could exceed 100,000, driven largely by the deployment of hugely promising — and highly controversial — “mega constellations.”

A mega constellation is a network of hundreds or even thousands of satellites that operate as a unit.

The idea of deploying such a network would have seemed laughable just 10 years ago, when the average commercial communications satellite weighed nearly 5 tons and launch costs to even low Earth orbit were about $24,800 per pound.

But today communications satellites can be far smaller and deployed far more cheaply — SpaceX charges just about $1,200 per pound to low Earth orbit.

The most common application for mega constellations is the deployment of satellite internet, and the most well-known example is SpaceX’s Starlink.

Announced in 2015, Starlink aims to put enough small satellites into low Earth orbit that they’d be able to deliver high-speed internet to anywhere on Earth — including the places where it’s too difficult or expensive to build cell towers or install fiber-optic cables.

SpaceX has now deployed nearly 3,000 Starlink satellites and has FCC approval to launch another ~9,000. It’s already offering internet service to people in 32 countries, and a special deployment in Ukraine has helped the nation stay connected during the Russian invasion.

SpaceX isn’t the only company working to expand internet access with a satellite mega constellation, either — Amazon, Telesat, and OneWeb all have their own networks in various stages of development, ranging from hundreds to thousands of satellites.

Today, nearly half of the global population still isn’t online, and many of those who do have access are stuck with few options for internet providers. If these mega constellations can actually make the internet available everywhere, they could help billions of people enjoy the social, economic, financial, and educational advantages that come with being online.

Still, some believe the costs of mega constellations may outweigh their benefits.

In February 2022, NASA sent a letter to the FCC voicing its concerns about Starlink’s request to add another 30,000 satellites to its mega constellation, specifically noting how the addition would significantly increase the risk of collisions in space.

Even if a NASA spacecraft isn’t directly involved in one of those collisions, a crash could add to the millions of pieces of space debris cluttering up low Earth orbit — and a collision with something as small as a paint chip can damage a spacecraft and endanger astronauts’ lives.

NASA also pointed out how the expansion of Starlink’s network could interfere with its science missions, such as the Hubble space telescope, climate-monitoring satellites, and ground-based telescopes — including ones used to search for deadly asteroids.

“NASA estimates that there would be a Starlink in every single asteroid survey image taken for planetary defense against hazardous asteroid impacts, decreasing asteroid survey effectiveness by rendering portions of images unusable,” it wrote.

“Watching the night sky is core to who we are as humans. Losing that is a loss for every single person around the world.”

We don’t need to wait for SpaceX or its competitors to deploy more satellites to detect the negative effects of mega constellations on astronomy — existing satellites are already interfering with scientists’ ability to observe space.

“This is a big problem,” space security researcher Jessica West told Gizmodo in February 2022. “Astronomy is key to our exploration and use of space, deep space navigation, planetary defense from asteroids, and our knowledge of the Earth, solar system, and universe.”

“[W]atching the night sky is core to who we are as humans,” she added. “Losing that is a loss for every single person around the world.”

We may not have to choose between observing space and building in it, though. If the companies deploying mega constellations work with scientists to minimize their negative impacts, we could have both.

In June 2022, the International Astronomical Union (IAU) established the “Center for the Protection of the Dark and Quiet Sky from Satellite Constellation Interference” to serve as a bridge between astronomers, satellite operators, and regulators.

​​”The IAU’s primary priority is to take [a] cooperative approach with industry and have them establish a voluntary corporate culture that looks to mitigate these impacts,” Richard Green, one of the astronomers leading the center, told BBC News.

Mitigation efforts could include making satellites less reflective, deploying the minimum number necessary, and developing software that can predict when satellites will interfere with telescope data or help astronomers correct observations sullied by them.

If satellite operators don’t willingly address the problems caused by mega constellations, and they haven’t so far, we’ll need a regulatory framework to balance the competing interests of observing space and accessing it.

One big challenge there is that we need international agreement for such laws to be effective — and we need to move fast. By the end of this decade, there may be 20 times as many satellites whirling overhead.

“The development of space is outpacing our capacity to understand what type of regulatory mechanisms are needed to ensure that it is done safely and sustainably,” astronomer Aaron Boley told CBC Radio in May 2021.

“We need to move forward with regulations before the constellations are fully built rather than dealing with it after the fact,” he continued. “We need to move beyond thinking satellite by satellite and think about how we regulate internationally, entire systems of satellites.” 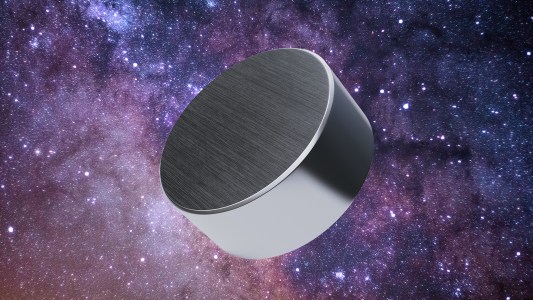 A new study suggests magnets might be the key to developing lighter, simpler systems for generating oxygen in space.