Using a new algorithm running in the cloud, astronomers have discovered more than 100 asteroids in old photos never meant to reveal space rocks — a development that could help protect Earth from potentially hazardous asteroids in the future.

“This is the modern way of doing astronomy,” Ed Lu, director of the Asteroid Institute, told the New York Times.

The challenge: Asteroids are rocks left over after the formation of our solar system billions of years ago. Most will never come near Earth, but if a large enough asteroid were to hit our planet, it could level an entire city or — worst case scenario — end human life.

We may be able to prevent potentially hazardous asteroids from making impact, perhaps by deflecting them or destroying them, but for that to even have a chance, we need to know the asteroids exist well before impact is expected (ideally, years or decades).

However, based on statistical extrapolations, NASA has only discovered 40% of the estimated 25,000 near-Earth asteroids that are at least 460 feet in diameter — and an asteroid would only need to be 200 feet wide to flatten everything in a 5-mile radius.

That means there are a lot of potentially hazardous asteroids still flying under the radar.

“Scalable cloud-computing as a service is enabling true breakthroughs in astronomy.”

What’s new: Researchers from the University of Washington and the Asteroid Institute, a program of the nonprofit B612 Foundation, are taking a different approach to asteroid discovery.

Instead of running special surveys with powerful telescopes, which are expensive and in-demand, they developed a computer algorithm called THOR (“Tracklet-less Heliocentric Orbit Recovery”) that can sift through existing telescope photos for signs of asteroids and calculate their orbits.

The Minor Planet Center — the international organization tasked with keeping track of our solar system’s asteroids, comets, and other small bodies —  has now recognized and validated 104 asteroids discovered using THOR.

To the cloud: The THOR approach to asteroid detection is computationally intensive, but the ability to do that processing “in the cloud” allowed the team to overcome what would have previously been an insurmountable hurdle.

“We always dreamed of cloud computing becoming a true tool of science,” said Scott Penberthy, director of applied AI at Google, which contributed time on its Google Cloud platform to the THOR team.

“[T]he announcement of today’s and future asteroid discoveries show that this dream is becoming a reality,” he continued. “Scalable cloud-computing as a service is enabling true breakthroughs in astronomy.”

The big picture: The 104 confirmed asteroids were all spotted in one month’s worth of images archived at the National Optical-Infrared Astronomy Research Laboratory.

That archive alone contains seven year’s worth of images, and it’s just one of many datasets available — meaning THOR could spot countless potentially hazardous asteroids without having to take any new photos.

“Discovering and tracking asteroids is crucial to understanding our solar system, enabling development of space, and protecting our planet from asteroid impacts,” said Lu. “With THOR … any telescope with an archive can now become an asteroid search telescope.” 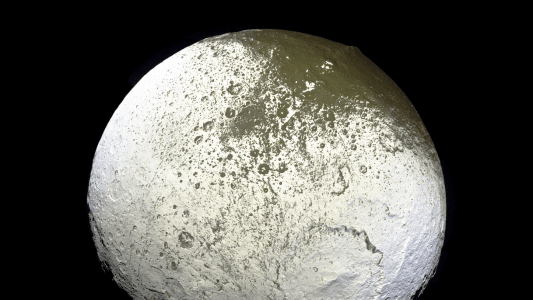