NASA is involved in two upcoming missions designed to help bring satellite navigation (satnav) to the moon — and if they’re successful, future astronauts will be able to pinpoint their locations on the lunar surface as easily as we can find ours here on Earth.

Satnav 101: Satnav systems are networks of satellites in Earth’s orbit that beam radio signals toward the planet’s surface.

Receivers in our phones, cars, and other tech can analyze information contained in those signals to calculate their distance from a satellite. If a receiver can pick up signals from multiple satellites, it can use the distance information to triangulate its location on Earth.

The challenge: Space agencies would love to be able to use satnav on the moon and in cislunar space (between the Earth and moon). However, while some of the networks’ radio signals do pass by the edge of Earth, they’re incredibly faint and hard to detect by the time they reach the moon.

“The [GPS] signal [that reaches the moon] is 1,000 times weaker than on Earth,” Cyril Botteron, CEO of Switzerland’s Space PNT, told Space.com. “On top of that, the signal only comes from one side, whereas on Earth, you are surrounded by those satellites on all sides.”

That forces them to rely on more expensive, cumbersome methods to determine the locations of objects on the moon’s surface and in cislunar space — but that could soon change thanks to a pair of upcoming missions.

The LuGRE: In 2024, NASA plans to launch the Lunar GNSS Receiver Experiment (LuGRE), a joint mission with the Italian Space Agency that will send a receiver capable of picking up weak signals from two major satnav networks — the US’s GPS and the EU’s Galileo — to the lunar surface.

Once in place, LuGRE will unfurl its antenna and — hopefully — become the first spacecraft on the lunar surface to receive signals from navigation satellites. NASA will then use data collected during the 12-day mission to develop satnav systems for future use on and around the moon.

Lunar Pathfinder: NASA is also working with ESA on Lunar Pathfinder, a moon orbiter set to launch in 2025 with “NaviMoon,” a satnav receiver being developed by Space PNT, on board.

Once the orbiter is in place, NaviMoon will use signals from GPS and Galileo satellites — as well as measurements of several forces, including the gravitational pulls of the Earth, sun, and moon — to determine its own location with an accuracy of less than 100 meters.

“[A]t such a distance the faint Galileo and GPS signals it makes use of will be barely distinguishable from background noise,” said Javier Ventura-Traveset, head of ESA’s Navigation Science Office. “This demonstration will imply a true change of paradigm for lunar orbiting navigation.”

Proving that a NaviMoon receiver can locate itself is just the first step. The next is to have several NaviMoon-equipped satellites act like their own GPS or Galileo network for the moon — beaming signals to astronauts, rovers, and other spacecraft on its surface. 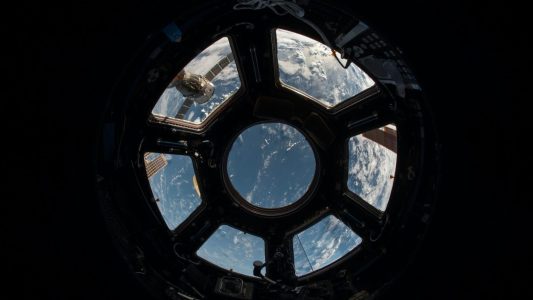