This weekend, you should probably go stare at the sun.

While this would normally be an ill-advised thing to do, thanks to a recently released time-lapse depicting the sun’s solar cycle, you could do this safely while social-distancing from the comfort of your home.

In February 2010, NASA launched the Solar Dynamics Observatory (SDO), a first-of-its-kind spacecraft with one job to do: study the sun.

Now, using some of the 425 million photos the SDO has collected so far, NASA has created a stunning time-lapse depicting the sun’s solar cycle, an 11-year-long period bookended by the flipping of the star’s magnetic poles.

The hour-long video begins at a point in the sun’s solar cycle called the “solar minimum.” This period is relatively calm, with just the occasional burst of bright light signalling some sort of solar activity, a sunspot or solar flare, for example.

The number and intensity of these bursts increases in the video until they peak near its midpoint — that’s when the cycle reaches the “solar maximum” — and then begin subsiding once again.

When the SDO launched, NASA didn’t expect the spacecraft to capture this entire solar cycle — it was only designed for a five-year mission.

But because it has remained functional for twice that, NASA scientists have been able to collect data on a full cycle — data they can use to predict the sun’s future magnetic activity, which could affect everything from the function of satellites to the health of astronauts.

A Decade of SDO Discoveries

During its decade in orbit, the data collected from SDO has yielded many discoveries — and at least one of which may eventually help us power life on Earth.

In  2019, the SDO led to a discovery of a brand-new type of magnetic explosion that scientists had first theorized existed a decade prior.

That discovery could help researchers figure out how to better control plasma in a lab setting, which could help with the development of nuclear fusion technology.

And the SDO isn’t done yet — it still has its sights fixed firmly on the sun, meaning it could yield new insights in the future that we haven’t even considered. 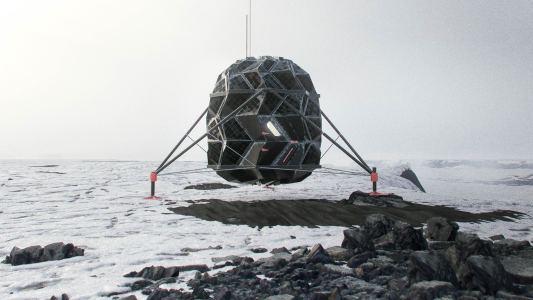 The space architects of Saga have developed a habitat for people on the moon. Now they want to put it to the test in the endless arctic sun of Greenland.

Aerospace
Space architects are building a home to live on the moon
By B. David Zarley
Subscribe to Freethink for more great stories
Subscription Center
Sections
Video
Freethink
Subscribe
We focus on solutions: the smartest people, the biggest ideas, and the most ground breaking technology shaping our future.
Subscribe