Millions of pieces of space junk — everything from decommissioned satellites to broken pieces of rockets — are zipping around in Earth’s orbit right now. This debris is moving nearly 10 times faster than a bullet, and a collision with a piece as small as one centimeter could cause major damage to an operational satellite or spacecraft.

And we will have a lot more operational satellites in orbit soon — by 2025, as many as 1,100 satellites could be launching each year, up from 365 in 2018. That’s a lot of new targets for space junk to damage — that is, until they become space junk themselves.

Researchers are working on plans to remove space debris from Earth’s orbit — some are even already conducting off-world tests — but currently, most of the focus is on tracking space junk and taking evasive action if a collision seems imminent.

Unfortunately, space debris tracking can only happen when Earth’s surface is dark and the sky is still lit up — but now, thanks to researchers at the Austrian Academy of Sciences (ASA) and European Space Agency (ESA) a new laser-tracking technique could give scientists the ability to detect these dangerous objects at all hours of the day.

One way space agencies track space debris is by measuring the amount of time it takes a laser beam to bounce off a piece and return to Earth, a technique called “laser ranging.” This method is highly accurate, capable of pinpointing the location of a piece of debris as small as 3.9 inches to within one meter.

It can only be used during dawn and twilight hours, though, when Earth’s surface is dark but enough sunlight can still hit the space junk. That’s because the reflection from the sun is needed for observers to spot the space junk and train their lasers on it.

But the path of space junk can be erratic, and in the 10 or so hours when it’s unobservable via current laser-ranging methods, a piece of debris that appeared innocuous could take on a dangerous course.

To eliminate the time-based limitation of laser ranging, the AAS and ESA researchers developed a technique that uses special telescopes, cameras, and light filters to increase the contrast between a piece of space junk and the daytime sky. That means the Earth’s surface doesn’t have to be dark for the debris to stand out in the sky.

They also developed a real-time image analysis program to automatically detect and track debris during daylight.

During testing, the researchers observed 40 pieces of debris during daylight hours using their new laser-ranging technique, according to their study on the method, published in the journal Nature Communications on August 4.

“Using this new technique, it will become possible to track previously ‘invisible’ objects that had been lurking in the blue skies, which means we can work all day with laser ranging to support collision avoidance,” Tim Flohrer, Head of ESA’s Space Debris Office,  said in a press release.

To take full advantage of the technique, we need more ground-based observation stations situated across the globe. But if those come to fruition, the new method could significantly improve researchers’ ability to keep track of space debris, which will become more difficult — and more necessary — as we send new tech into space. 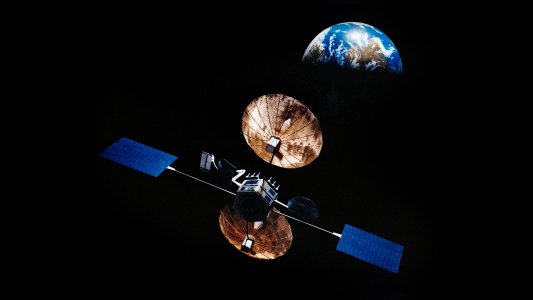