In June 2019, NASA announced plans to open up the American side of the International Space Station to private businesses and citizens, clearing their way to a place previously accessible to only government-trained astronauts.

One year later, the future of space tourism is starting to come into focus.

On June 22, NASA published a news release detailing all the steps it’s taken since last June to commercialize space, one of the latest being the signing of a Space Act Agreement with Virgin Galactic.

Virgin Galactic already knows how to train private citizens for space tourism — in November 2019, the company launched its own Astronaut Readiness Program, providing its potential space tourists with training on moving in space and preparing for a space mission.

As for transportation, the only existing U.S. spacecraft that has proven capable of taking people to the ISS is SpaceX’s Crew Dragon, though Boeing’s troubled CST-100 Starliner hopes to complete its first crewed trip in 2021.

In the past five months, NASA has also inked deals with two other companies: Axiom Space (to send four private citizens to the ISS) and KBR (to train future space tourists at NASA facilities).

NASA is prepared to support two private astronaut missions to the ISS every year, with each lasting up to 30 days — and that push into space tourism is all part of the agency’s larger goal of exploiting the economic opportunities of low-earth orbit (LEO).

Back in 2019, NASA’s CFO Jeff DeWit estimated that space tourists could expect to pay companies like SpaceX $58 million just for transportation to the ISS.

They’d then have to pay NASA another $35,000 for each day they spend on board the space station — stay the whole 30 days, and that’s more than $1 million.

That’ll likely put a trip to space out of reach of all but the richest private citizens with a fascination for space travel. Businesses, though, might see it as a worthwhile expense given that microgravity can be beneficial for certain research.

But NASA’s plans for space tourism don’t end with visits to the ISS, either.

“A robust low-Earth orbit economy will need multiple commercial destinations,” NASA wrote in its LEO commercial development plan, “and NASA is partnering with industry to pursue dual paths to that objective that either go through the space station or directly to a free-flying destination.”

So, between its biannual trips to the ISS and those to other destinations, space tourism could end up being an incredibly lucrative revenue stream for NASA — assuming enough people can afford the trip. 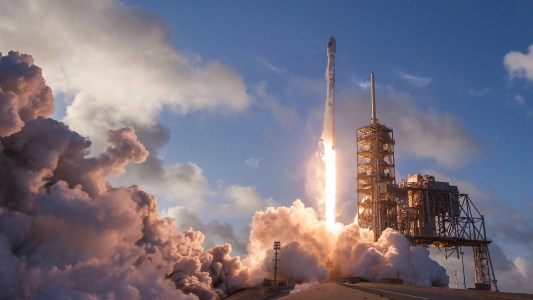