Elon Musk’s SpaceX has just gotten the green light to launch a nationwide satellite internet service. The FCC has signed off on the company’s plan to build a high-speed broadband service using swarms of cheap, tiny, low-orbit satellites. The service, called Starlink, is similar to how some airplane WiFi services work — but don’t worry, it’s the better kind of in-flight Internet, not the crummy air-to-ground services that have tortured frequent flyers for so many years.

The Big Idea: SpaceX has made waves recently with its enormous Falcon Heavy rockets, capable of orbiting huge satellites and hauling cargo literally to the moon, but the real breakthrough for satellite technology in recent years has been the rise of smaller, cheaper satellites that can be launched by the hundreds or thousands. They’re creating a new space race, and it’s making things possible that would never be remotely affordable before. In February, SpaceX launched a couple pilot satellites for Starlink.

The Ambitious Promise: SpaceX promises that the new service will be true high speed, as fast as cable or fiber on the ground, and it would be seamless, unlike current 4G networks or WiFi hotspots. You might not even need both home internet and a cell provider. They hope to have it up and running over big chunks of the country as soon as 2019, but first they want to get the network up to 800 satellites in orbit by next year. Ultimately, though, it will take over 4,400 links to give the country full coverage.

The Huge Implications: If SpaceX can pull this off, the disruption would be massive. First, it could bring millions of people who live outside the cable or 4G networks online essentially overnight. But the bigger impact would be the tidal wave of competition that would hit every wireless phone provider and cable company in every city in the country.

Most people currently only have one or two choices for broadband internet, at least on the ground, and this service could instantly transform monopolies into competitive markets, bringing down the price and forcing better customer service. It would also alleviate the need to build and maintain expensive, fixed fiber networks or costly (and ugly) cell towers. What’s more, if SpaceX can do it, and be profitable, so can anyone else — the technology is already out there — and that means more competition and new innovations could be right around the next corner, too. 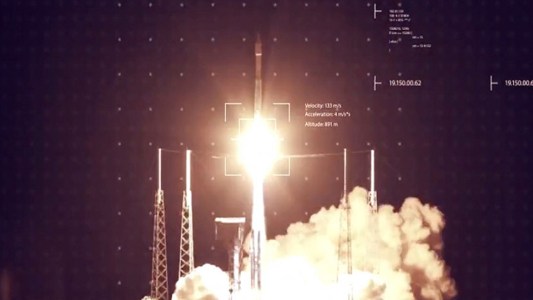 It’s been 44 years since a human stepped on the moon, and a new generation of entrepreneurs is laying the…

Outer Space
This is the new space race
Subscribe to Freethink for more great stories
Subscription Center
Sections
Video
Freethink
Subscribe
We focus on solutions: the smartest people, the biggest ideas, and the most ground breaking technology shaping our future.
Subscribe