While the rocket’s “rapid unscheduled disassembly” (as Musk likes to describe explosions) wasn’t ideal, it came at the end of a seven-minute test flight that saw Starship soar higher than ever before, completing maneuvers SpaceX had never even attempted previously.

The partial success of the test flight puts the SpaceX Starship one step closer to achieving its ultimate purpose: ferrying people to Mars.

SpaceX has been developing its Starship system since 2012, and the rocket that crash landed wasn’t the first prototype launch vehicle — it had seven predecessors.

Unlike the previous prototypes, this one (dubbed Serial Number 8, or SN8) had a nose cone and large flaps, known as “aerodynamic control surfaces.” It also fired three Raptor engines during its test, and not just one.

None of the other prototypes flew higher than 500 feet, but this SpaceX Starship reached a peak height of nearly eight miles. The rocket then flipped into a horizontal “belly flop” position — another first for a Starship.

The purpose of the belly flop maneuver was to slow the rocket’s descent — by having Starship parallel to the ground, SpaceX could increase air resistance during the fall. Clearly, the rocket wasn’t slowed enough for a controlled landing, though.

The issue, according to Musk, was that the pressure in the tanks containing the fuel for the landing was too low. That meant the rocket was still moving way too fast when it reached the ground.

Musk still managed to find the silver lining in the SpaceX Starship crashing, though, noting that it happened right on the landing pad.

“SN8 did great!” he tweeted. “Even reaching apogee would’ve been great, so controlling all way to putting the crater in the right spot was epic!!”

The dust has barely settled on the test flight for SN8, but SpaceX is already thinking about SN9 and beyond.

“SpaceX has built 10 Starship prototypes,” the company wrote in a statement. “SN9 is almost ready to move to the pad, which now has two active stands for rapid development testing.”

The SpaceX Starship is one step closer to a crewed Mars mission.

Musk, meanwhile, tweeted in November that the company has “major upgrades” planned for SN15.

No word yet on when that SpaceX Starship will be ready for its test flight — or how many other SNs will follow it — but Musk does have an idea of how long it’ll be before the rocket’s first crewed trip to Mars: six years

“If we get lucky, maybe four years,” he said during a recent event. “And we want to try to send an uncrewed vehicle there in two years.” 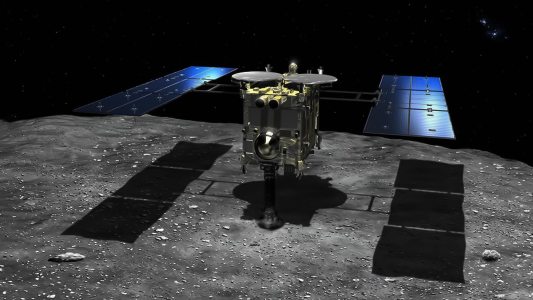 JAXA’s Hayabusa2 has successfully returned asteroid samples to Earth. Its next mission? Gather information that could help prevent an asteroid impact.

Asteroids
Can Japan’s asteroid samples show us how life began?
Subscribe to Freethink for more great stories
Subscription Center
Challenges
Video
Freethink
Subscribe
We focus on solutions: the smartest people, the biggest ideas, and the most ground breaking technology shaping our future.
Subscribe