If you’ve ever had a bad case of food poisoning, just thinking about the bacteria E. coli may make your skin crawl.

But most E. coli are harmless, and many are even beneficial, living in your gut, producing vitamin K, and helping crowd out bad bacteria.

Now, with a bit of genetic experimentation, it can also make helpful plastic.

The protein-based hydrogel, created by the bacteria, can be transformed into a three-dimensional shape just by adding water, allowing it to be shaped just like plastic. In 45 days, the plastic replacement entirely dissolves.

“The original idea came from wanting to build materials the way biology does,” Neel Joshi, one of the study’s authors and a chemical engineer at Northeastern, told The Washington Post.

According to their study, published in Nature Chemical Biology, they fed the bacteria a nutrient-rich material, which responded by creating “aquagels,” a versatile material that could be used to manufacture various types of aquaplastics.

“It is like when a seed grows into a tree,” Joshi said. It absorbs “nutrients and water from its surroundings, and its genetic instructions allow it to produce a tree in the end.”

Previous work with E. coli: Traditionally, the process of making plastic is energy-intensive and requires extracting fossil fuels. And the material doesn’t biodegrade, so it can remain in the environment for hundreds of years. Today, plastic is found in nearly every corner of the planet, from the deep sea to the atmosphere, and researchers are trying to find biodegradable alternatives.

This isn’t the first time E. coli was enlisted in the fight to reduce plastic pollution.

In 2008, scientists at Genomatica, Inc. in San Diego manipulated bacteria to manufacture butanediol (BDO) without using oil or natural gas. Butanediol is used as a solvent and building block in plastics and stretchy fibers like in spandex.

With the demand for plastic on the rise, researchers are more driven to find additional and alternative options for such a ubiquitous material. 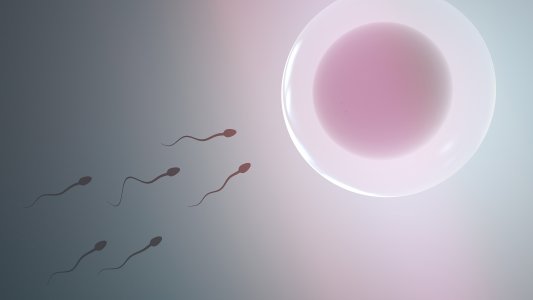 Sperm appear to play a bigger role in pregnancy than previously believed, not only fertilizing the egg, but also “persuading” the female body to accept it.

Fertility
Sperm may play a bigger role in pregnancy than we thought
Subscribe to Freethink for more great stories
Subscription Center
Challenges
Video
Freethink
Subscribe
We focus on solutions: the smartest people, the biggest ideas, and the most ground breaking technology shaping our future.
Subscribe