New research suggests that sperm play a bigger role in pregnancy than previously believed, not only fertilizing the egg, but also “persuading” the female body to accept it.

Revisiting sex ed: Human reproduction typically starts with sperm traveling via seminal fluid to an egg and fertilizing it. That creates a zygote, which can then attach to the wall of the uterus and begin the process of developing into a baby.

Implantation isn’t a given, though. The woman’s immune system may reject the fertilized egg as something “foreign” and prevent her from becoming pregnant.

Persuasive swimmers: Past research has shown that seminal fluid contains proteins that dampen this immune response, encouraging the woman’s body to accept the zygote and the pregnancy.

Now, researchers at the University of Adelaide have discovered that sperm send their own signals designed to persuade the woman’s body.

“This overturns our current understanding of what sperm are capable of,” project leader Sarah Robertson said in a press release. “They are not just carriers of genetic material, but also agents for convincing the female to invest reproductive resources with that male.”

The study: For a new study, female mice were mated with males who produced sperm and males who’d been vasectomized (meaning they produced seminal fluid without sperm).

Based on changes in the expression of different genes in the females’ uteruses, the researchers determined that the sperm-producing mice prompted a stronger immune tolerance in their mates than the vasectomized rodents.

By introducing male sperm to female cells in the lab, the researchers were able to confirm that the sperm was directly responsible for the changes.

This overturns our current understanding of what sperm are capable of.

Why it matters: Infertility is a common issue, affecting tens of millions of couples across the globe, and problems such as recurrent miscarriage, preeclampsia, and stillbirth have all been linked to the female immune response during reproduction.

Now that we know that sperm can affect that immune response, researchers may be able to identify new ways to treat infertility — potentially helping some couples conceive and give birth to healthy babies. 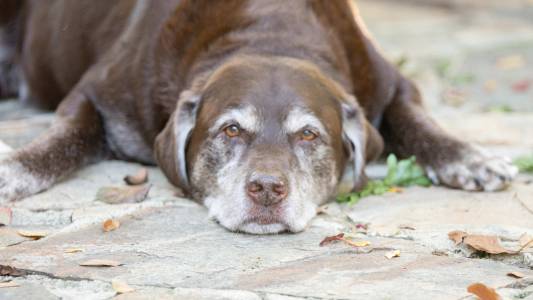 By studying donated tissues stored in a pet dog biobank, researchers have uncovered a genetic link between brain aging in canines and humans.