Today, scientists can see what cells look like at the nanoscale, using a technique called super-resolution microscopy (SRM) — but making sense of what they see is a challenge.

The problem is data visualization. While SRM can collect a lot of data, it can’t beam that data directly into human brains. It’s not always easy for scientists to understand what they’re looking at or imagine how it all comes together to create a three-dimensional object.

“Biology occurs in 3D, but up until now it has been difficult to interact with the data on a 2D computer screen in an intuitive and immersive way,” Steven F. Lee, a chemist at the University of Cambridge, said in a press release.

Now, his team has created a new tool that makes data visualization easier by recreating the microscopic, three-dimensional objects in a virtual world — and then letting scientists “walk” through it.

The data visualization tool is called vLUME, and it’s a collaboration between researchers at Cambridge and Lume VR, a 3D image analysis company.

To use vLUME, a scientist uploads their SRM data. vLUME then analyzes the data and creates a three-dimensional representation of whatever was imaged (a cell, a neuron, etc.).

The scientist can then don a virtual reality headset to explore that representation up close — like the episode of “The Magic School Bus” where the class journeyed inside a human body to study white blood cells, but with real biological objects.

While using vLUME, scientists can even record “fly-through” movies to later share with other researchers, sort of like they’re making their own episode of the show.

“It’s incredible,” researcher Anoushka Handa said, after using vLUME to stand inside one of her own immune cells. “It gives you an entirely different perspective on your work.”

The Cambridge researchers have already used vLUME to study how proteins known as antigens trigger an immune response — something that could be valuable in the fight against COVID-19.

“Through segmenting and viewing the data in vLUME, we’ve quickly been able to rule out certain hypotheses and propose new ones,” Lee said.

It gives you an entirely different perspective on your work.

They now want others to take advantage of the data visualization tool, so they’re making it available to other academics for free. 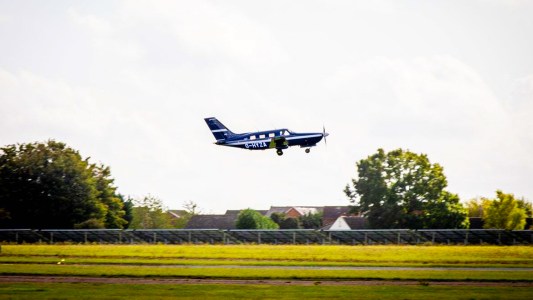