Uber is saving lives, reducing drunk driving deaths by more than 6%, according to a new analysis by researchers from UC Berkeley.

The challenge: Ridesharing proponents have long claimed the services could make streets safer — instead of getting behind the wheel of a car, people impaired by drugs, alcohol, or sleep deprivation would just hail an Uber or Lyft from their smartphones.

Proving those claims hasn’t been easy, though.

Relying only on publicly available data on traffic fatalities and the dates that ridesharing services began operating in a city, various studies have found that ridesharing has decreased drunk driving deaths, increased them, or had no effect at all.

The new analysis: In a new working paper at the National Bureau of Economic Research, the UC Berkeley researchers went straight to the source for their data: Uber.

Instead of just looking at ridesharing activity at the city level, they drilled down much deeper, zooming in to the level of census tracts (an area with roughly 4,000 people).

The results: After comparing the data on Ubers to fatality statistics from the federal government, the researchers determined that Uber reduced drunk driving deaths by 6.1% and total traffic fatalities by 4% in 2019.

That equates to nearly 500 lives saved over the course of the year.

“Note that these calculations include lives saved by Uber only,” the researchers write. “Total lives saved by ridesharing would also include the impacts of competitors such as Lyft.”

The cold water: As this is just a working paper, its findings are preliminary and have not been verified through peer-review.

Additionally, the researchers note in the paper that Uber staff got to decide what data to release for the analysis (although not what the UC Berkeley team published), raising the question of bias.

Still, if nothing else, the new paper suggests that census tract data could be the key to determining conclusively what impact rideshare services are having on traffic fatalities. 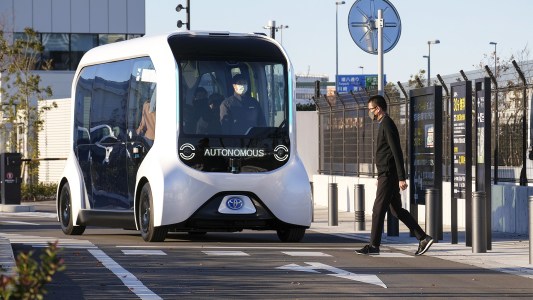