At the front lines of the fight to end world hunger, the UN’s World Food Programme is using data to help deliver more life-saving assistance than ever before.
Watch on YouTube
In partnership with Palantir
Up Next
Now Playing
The underdog challenging McDonald’s and Wall Street
8:07 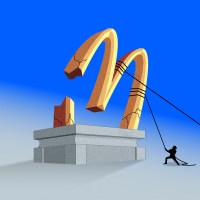 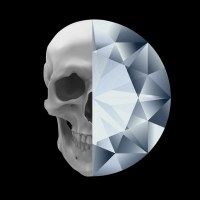 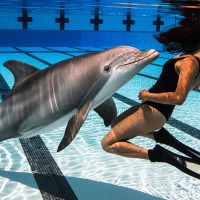 The mission to end world hunger is one of the most pressing endeavors of global society today, with just under 12% of the global population, or 928 million people, facing severe food insecurity. And this issue is only compounding — over the last several years the number of individuals affected by hunger has continually increased.

The onset of the COVID-19 pandemic could lead to another 132 million people facing hunger crises, and estimates show the overall total is on track to be around 660 million by the year 2030.

What Is the Best Way to End World Hunger?

With millions dying of hunger every year, achieving global food security is an urgent priority, but it’s also a complex one. There is no single cause for hunger. Instead, a variety of factors contribute to the problem, including poverty, poor infrastructure, climate change, warring conflict, and food waste.

As such, estimates show it could cost anywhere from seven to 265 billion dollars per year to end world hunger. The range is so large because of differing perceptions about the role each sector plays and the varying strategies being considered.

Until recently, there wasn’t a consensus on how global food insecurity should be addressed. But in 2015, more than 193 nations joined the United Nations’ Zero Hunger initiative, a comprehensive plan to end world hunger by 2030, with improving food and agriculture systems at its core.

On the front lines of the fight to end world hunger is the UN’s World Food Programme (WFP), an organization that serves 110 million people across 88 countries by providing life-saving food during emergencies and ongoing nutritious meals to children.

Established in 1961, WFP has made major strides in mitigating global hunger.

In 2019 alone, WFP distributed more than 15 billion rations of food across the world, deploying thousands of delivery trucks, aircraft, and ships every day. Additionally, the organization provided over two billion dollars in cash and vouchers to communities in need, while working to bridge the gap between immediate demand and sustainability for the future.

The organization focuses on providing support for governments during conflict, natural disasters, and climate shock, as well as helping populations develop livelihoods that foster self-reliance in the long term. Programs such as Food Assistance for Assets help beneficiaries steward local resources through efforts like restoring barren land and installing irrigation systems.

Coordinating such large-scale efforts, often in hard-to-reach places, is no small task.

To help pull it off, WFP uses a data integration platform called DOTS which was developed by Palantir.

Palantir uses automation and data analytics to build tech that helps solve some of the world’s most pressing problems. In 2017, they joined forces with WFP to build DOTS on the Palantir’s software, which now streamlines supply chain management and operations for aid delivery.

In reference to how logistics were previously organized, Pierre-Guillaume Wielezynski, who oversees Digital Transformation Services at WFP, remarked, “Many different systems have been built for different functions, and what you have over time is a very fragmented and siloed technology landscape where systems don’t talk to each other…that’s why we turned to Palantir.”

Transport information can now be surfaced and relayed to headquarters within seconds.

Within the Control Tower module, countries and humanitarian organizations could request free transportation of PPE anywhere in the world and then track and monitor those deliveries.

As a result of these efforts, WFP was able to deliver nearly 150,000 cubic meters of health supplies including PPE to 173 countries around the world. Ultimately, the Control Tower helped WFP organize an unprecedented response to the biggest humanitarian disaster it has been tasked to assist with.

“If a border was closed, if an airport was no longer available, if a price would go up, DOTS stepped up and all of that data was being integrated. It really helped orchestrate not only our own response, but also the response of a network of over 70 organizations,” Wielezynski says.

With powerful tools like this, more beneficiaries can be reached, accelerating the global community’s progress towards Zero Hunger. “We have a saying internally that says, ‘nothing stands between WFP and a hungry child,’” adds Wielezynski. “That’s where we turn to the power of data. Because of the power of DOTS, we are going to have an organization that is more intelligent, that is faster, that is more responsive to the needs of the communities we serve.”