One of the biggest aerospace companies in the world is co-developing the “Flying-V,” a radical-looking airplane that could make aviation less expensive and more climate-friendly.

The challenge: Commercial air travel accounts for about 3% of global carbon emissions. That might not seem like a lot, but if the industry were a nation, it would be the sixth biggest emitter in the world, right between Japan and Germany.

It could soon move up the rankings, too, as the U.N. predicts aviation emissions will more than triple by 2050, due to increased demand. Air travel is also very difficult to decarbonize compared to other sources of emissions, such as electricity or cars.

But some experts are thinking bigger, developing planes that are radically different from those currently traversing our skies.

One of those is the Flying-V.

Engineer Justuce Benad designed the plane while interning at Airbus Hamburg. Now, the unique aircraft is being brought to life in a collaboration between Airbus, Delft University of Technology (TU Delft), and KLM Royal Dutch Airlines.

“We want to make a big impact on reducing fuel consumption, and this aircraft is designed to be more energy-efficient,” TU Delft’s Roelof Vos told Euro News. “We are at a plateau in terms of aviation efficiency, and the Flying-V is trying to break through this plateau.”

How it works: The Flying-V is designed to carry about 300 passengers, but unlike typical passenger planes, which have wings that stick out from the center of a tube-shaped fuselage, it has two fuselages connected at an angle.

This “V” shape produces less drag than a standard plane, and it also helps keep the plane’s weight down.

​​“Normally, passengers sit in the middle of an aircraft and the wing generates the lift; those forces must then be transferred to the cabin,” Vos explained. “This requires additional construction weight, which is not necessary here.”

This “V” shape produces less drag and helps keep the plane’s weight down.

This lower weight would make the Flying-V an estimated 20% more fuel efficient than comparably sized planes if powered by jet fuel, according to the developers, while still giving passengers a comfortable ride.

However, the plane could also be powered by hydrogen, in which case it wouldn’t produce any carbon emissions. Hydrogen is less efficient and powerful than jet fuel, however, which would cut the plane’s range by about 35%, and the tanks needed to carry the hydrogen would require about 70% of the cargo volume.

“But that’s the compromise we have to go through to make carbon-neutral aviation,” Vos said.

Looking ahead: The researchers flew a tiny, three-meter scaled version of the Flying-V in the summer of 2020 and are now working on a 13-meter scaled replica to test in a wind tunnel  — that’ll allow them to assess the design’s handling, noise, and more.

There’s still a lot of work to be done before anyone will actually be able to ride in one of the planes, but the researchers are hopeful they’ll have a prototype ready by 2041.

“It’s a very inspiring project —  the great thing is that there’s a lot to discover,” Vos said. “There are so many things we hadn’t thought about when we started the research and that makes it very interesting for us.” 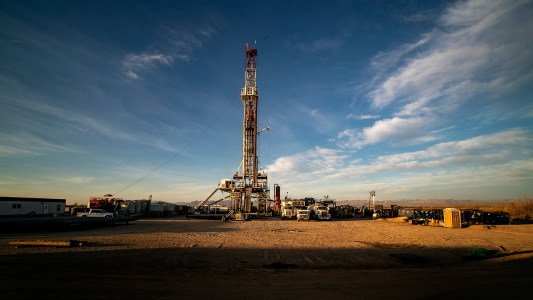 A team of scientists plans to map out deep-earth lithium to see if it can sustainably supply America’s urgent needs.