But now, researchers have created a cheap, lightweight device that provides realistic haptic feedback, meaning it could allow you to feel a virtual world in a way that wasn’t previously possible.

The haptic feedback device, Wireality, is the work of a team of researchers at Carnegie Mellon University, who published a paper on the system in the Association for Computing Machinery’s Digital Library.

The device itself attaches to a person’s shoulder. Seven strings extend from it to connect to their hand, with one string attached to each fingertip, one to the wrist, and one to the palm.

Inside Wireality, the strings connect to spring-loaded retractors, and the team built a ratchet mechanism that uses electrically controlled latches to lock or release the strings.

The haptic feedback device works in conjunction with a hand-tracking sensor that the researchers attached to a VR headset.

When the sensor detects that the wearer’s hand is near an object in the virtual world, the system triggers the latches to lock or release in a way that makes the person feel like they’re touching the virtual object.

If the user reaches out to touch a virtual wall, for example, all of the strings might lock when the fingers, palm, and wrist are perpendicular to the floor.

If they reach toward a VR ball, though, the palm might stop before the fingers, giving the sensation that the hand is curving around the object.

“I think the experience creates surprises, such as when you interact with a railing and can wrap your fingers around it,” researcher Cathy Fang said in a news release. “It’s also fun to explore the feel of irregular objects, such as a statue.”

Giving a VR System a Sense of Touch

This isn’t the first wearable designed to provide haptic feedback while someone uses a VR system, or even the first to use strings to deliver that feedback.

But past string-based haptic feedback systems have relied on electric motors to control the strings, and those motors are both heavier and more power-hungry than the electrically controlled latches in Wireality.

The CMU team’s device is also far cheaper than many of the haptic feedback devices currently on the market — they estimate that it could be mass-produced for between $35 and $50, making it far more affordable than, say, the $5,000 Teslasuit Glove.

Whether Wireality ever reaches consumers remains to be seen, but the device does foreshadow a future in which the line between the virtual and the real worlds continues to blur — one day soon, we might not even be able to sense it.

Brain
This already-approved drug could help repair the brain after stroke
Ohio State researchers have found that an already approved anticonvulsant drug helps increase stroke recovery in mice.
Up Next 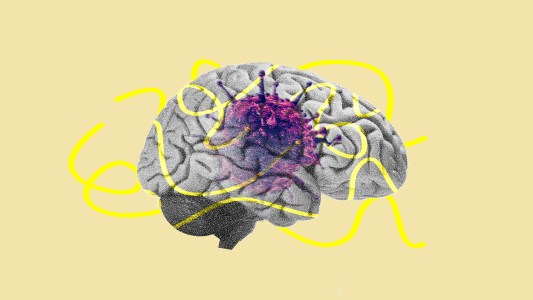